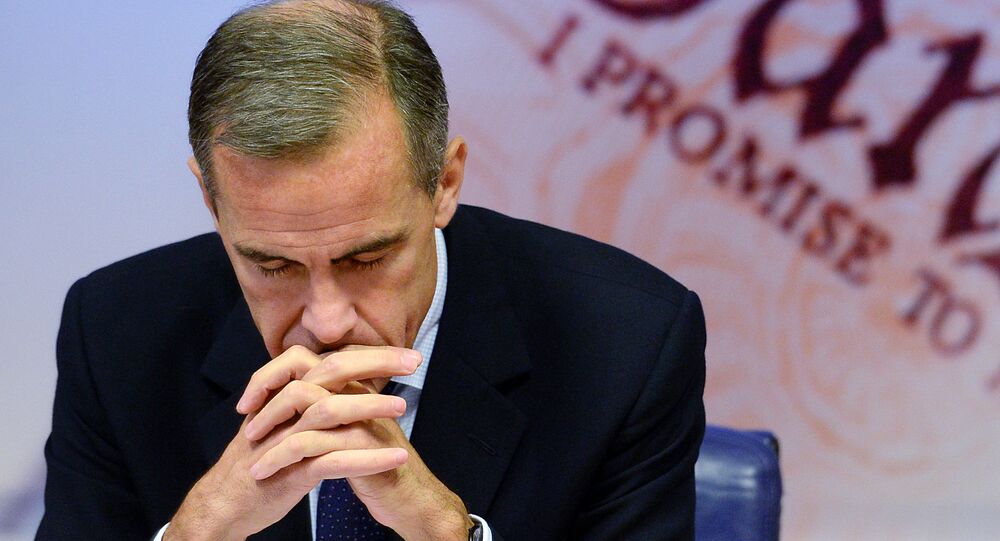 The UK is heading for a new financial crisis on a much grander scale than in 2008, with the Bank of England (BoE) "asleep at the wheel" as a result of its "worse than useless" banking stress tests, a new report has claimed.

Analysis from the London-based think tank, the Adam Smith Institute (ASI), has savaged the BoE's stress tests, designed to assess the resilience of the UK's banking system, saying the UK's is "sailing blindly into a second global financial crisis."

The UK is sailing blindly into a second global financial crisis — and this failure of the BoE may be to blame https://t.co/DfLerJ0iO5

The research, conducted by Kevin Dowd, professor of finance and economics at Durham University, said "the UK banking system is still in poor financial shape and that the Bank of England's stress tests merely disguise that reality."

Stress Tests Having Opposite Effect

While the UK's banking system was given a clean bill of health in 2015, Dowd has savaged the BoE's stress tests as inadequate, refuting claims "that major UK banks could withstand another big shock."

"The purpose of the stress-testing program should be to highlight the vulnerability of our banking system and the need to rebuild it. Instead, it has achieved the exact opposite, portraying a weak banking system as strong. This is like having a ship radar system that cannot detect an iceberg in plain view."

You think you're stressed out? Imagine how stressed out the Bank of England is with all the flaws in this programme! https://t.co/aS5uIoH2M0

​Amid concerns over the stability of the banking sector in Italy, Germany and other Eurozone countries, the report says current stress tests are not properly exposing the weaknesses of British banks, arguing that all British banks would fail tests used to analyze American financial institutions.

"Current Bank of England stress tests are like a ridiculously easy exam with a ludicrously low pass standard. If you increase the pass standard to something reasonable, like that used by the Federal Reserve, then every single major bank in the UK would fail," the report said.

"Once contagion spreads from Italy to Germany & then to the UK, we will have a new banking crisis but on a much grander scale than 2007-08”

​"As the EU banking system goes into a renewed crisis, the UK banking system is in no fit state to withstand the storm. Once contagion spreads from Italy to Germany and then to the UK, we will have a new banking crisis but on a much grander scale than '07-'08.

"The Bank of England is asleep at the wheel again, and we will be back to beleaguered banksters begging for bailouts — and the taxpayer will be ripped off yet again, but bigger this time."

The major concerns have been based around the nature of UK banking stress tests, which are designed to determine the ability of a financial institution to deal with an economic crisis.

The ASI report found the UK stress tests were too heavily reliant on judging a bank's resilience when facing singular adverse scenarios, arguing this is not adequate when testing the multiple possible challenges that could occur in the global economy.

Another criticism was that the BoE's tests rely on what is known as analytical "risk weights" the bank assets, which have been criticized for understating the potential danger of assets like mortgages and sovereign debt.

​Professor Dowd called for regulators to push banks to generate larger equity cushions than the 5 percent currently required, while there are also calls for stress testing to be scrapped and replaced with a system where decision-makers are made personally responsible for their risks.

The Bank of England has been vocal in its support of the strength of British banks, however, welcoming the results of a European Banking Authority (EBA) stress test, which cleared four UK banks — Barclays, HSBC Holdings, Lloyd's Banking Group and the Royal Bank of Scotland Group — in the subsequent resilience analysis.