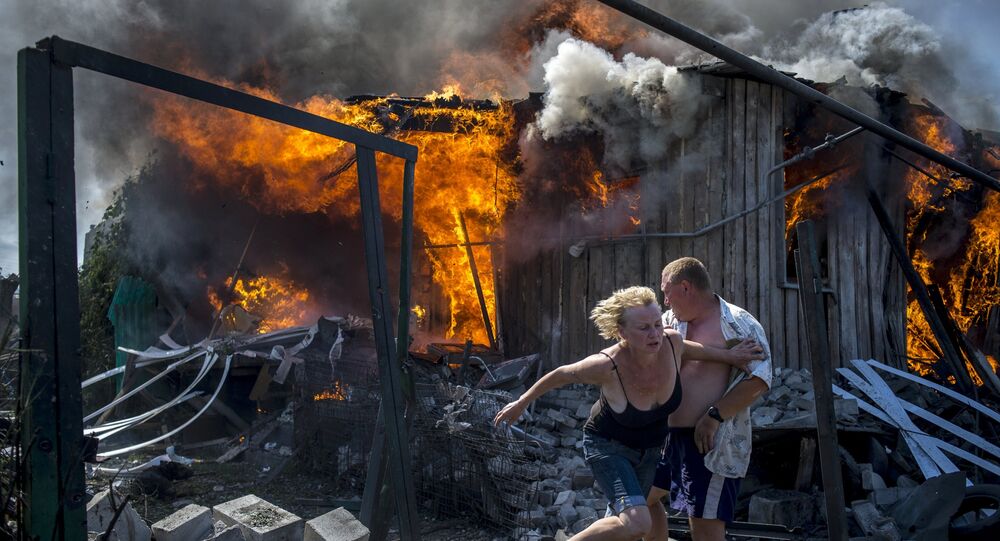 The death toll in the Donbass conflict has exceeded 9,500, according to UN figures.

MOSCOW (Sputnik) — Over 9,500 people have been killed and more than 22,000 injured during the ongoing armed conflict in Donbass since April 2014, the UN Human Rights Office said in a statement Wednesday.

Eastern #Ukraine casualties are at an all-time high since Aug 2015. Dramatic rise in figures in past 2 months: https://t.co/yvwbifxde5

"In total, from mid-April 2014 to 31 July 2016, the UN Human Rights Office has documented 31,690 casualties, including 9,553 killed and 22,137 injured in the conflict area in eastern Ukraine. This includes Ukrainian armed forces, civilians and members of the armed groups," the statement said.

© Sputnik / Andrei Stenin
Epoch of Destruction: Will Ukraine Survive Maidan's 'Achievements'?
The UN Human Rights Office added that it had documented reports of civilian homes being looted, as well as shelling of schools and hospitals by all parties to the conflict.

Ukraine launched a military operation in the country's southeast in April 2014, after local residents refused to recognize the new coup-imposed government in Kiev. Despite the Minsk peace accords signed in February last year, the sides continue to blame each other for ceasefire violations.