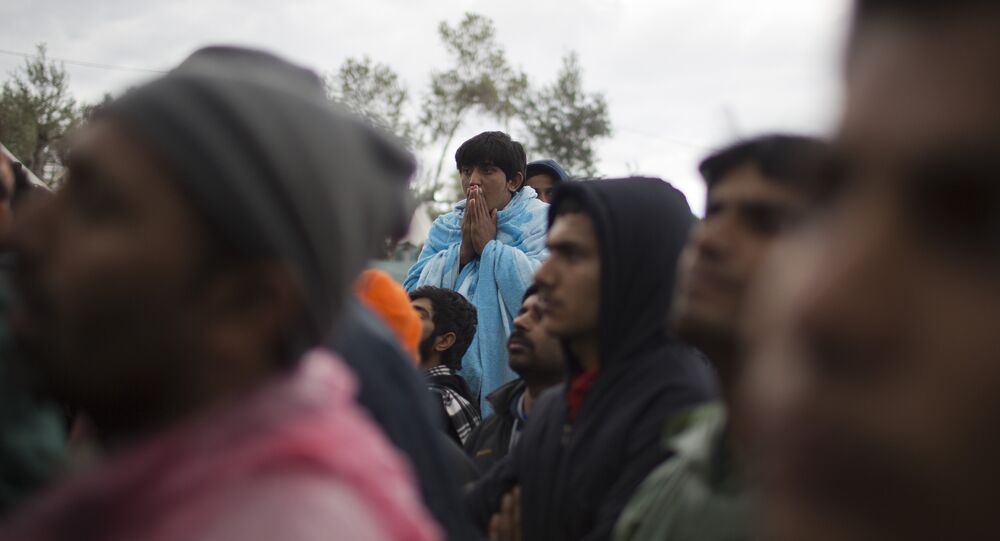 The reception of migrants in the Czech Republic could create a risk of terrorist attacks in the country, presidential spokesman Jiri Ovcacek said Tuesday.

© REUTERS / Murad Sezer
Czech President Against Turkey's Visa-Free Regime With EU Amid Post-Coup Developments
PRAGUE (Sputnik) — According to Ovcacek, Czech President Milos Zeman believes that the arrival of migrants in Europe is uncontrollable.

"Our country simply cannot afford creating risks of terrorist attacks similar to the ones that recently occurred in France and Germany. In other words, by accepting migrants, we would create a fertile ground for barbaric attacks on the territory of the Czech Republic," Ovcacek told reporters.

"At the moment, we are unable, as Germany's example showed, to distinguish between economic migrants and war refugees. This was confirmed by the recent terrorist attacks," Ovcacek added.

Europe has boosted its security measures over the past two weeks amid a wave of deadly attacks, including a truck running over a crowd in France's Nice and a suicide bombing near an open-air music festival in Ansbach, a city in the German state of Bavaria.