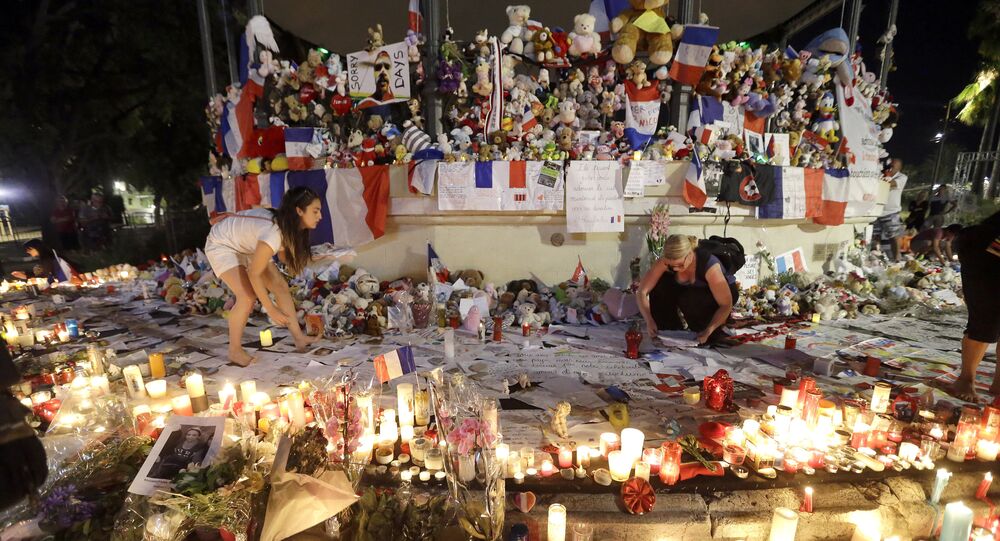 Paris has to reinstate border controls to be able to decide who may be allowed to enter France and who may not, in order to avert further terror attacks, a member of France Arise party told Sputnik.

MOSCOW (Sputnik) — France needs to take back control of its borders and to reduce migration in order to prevent further terrorist attacks from taking place in the country, a member of the political committee of the French center-right party Debout la France (France Arise), Damien Lempereur, told Sputnik on Tuesday.

“We need to take back control of our borders to decide who we allow in our country and who we can expel if we feel threatened. We also need to reduce immigration. These attacks show that we do not manage to assimilate newcomers in France,” Damien Lempereur said.

© REUTERS / Michaela Rehle
'Intelligence Has No Friends': Why European Intel Agencies Can't Jointly Fight Terrorism
In July, France fell victim to two terror attacks, responsibility for which has been claimed by the Daesh terrorist group, outlawed in many countries worldwide including Russia. On July 14, a truck rammed into a large crowd celebrating Bastille Day in Nice, killing at least 84 people. On July 26, two armed men took five people hostage at a church in Saint-Etienne-du-Rouvray, Normandy, killing a priest.

Lempereur stressed that the fundamental issue is that many Islamic terrorists have been given the French citizenship or have assisted in entering the country by EU legislation.

“Short term measures include sentencing to jail people who fought alongside ISIS [Daesh] or helped terrorists, shutting down mosques where imams preach hardcore Islam or recruiting new policemen and soldiers. Such technical measures will prevent some attacks but they will not be enough to win this war,” Lempereur added.

On Monday, French Interior Minister Bernard Cazeneuve announced plans to establish a foundation to fund mosques in a bid to avoid their funding by radicalized Muslims, after a number of terrorist attacks in France.

“The ban on [the] foreign financing for mosques will hamper these attempts to spread violence and strife within France. It is, however, a small measure and it will not suffice to stop Islamic attacks,” Lempereur said.

On July 29,  French Prime Minister Manuel Valls said that he was "open" to a temporary ban on the foreign financing of mosques as a counter-extremism measure, adding that Paris was about to toughen its controls over religious activities to prevent radicalization in the country.

“The issue with foreign financing is that whoever pays commands, and foreign people who pay for mosques in France support a hardcore version of Islam which is incompatible with the French way of life. The preachers paid by foreign people encourage hatred and division in our country,” Lempereur added.