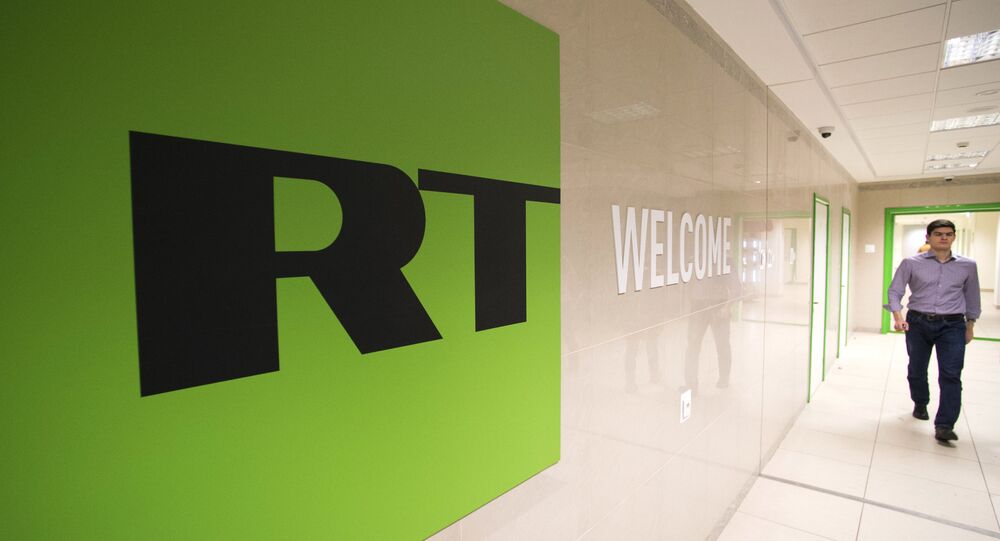 Recent UK media reports about the alleged information war waged by Russia are "puzzling," the Russian Embassy in the United Kingdom said.

© Flickr / Valerie
Cold War of Ideas: America Seeks to Up Information War Against Russia and China
LONDON (Sputnik) — Over the weekend, The Times newspaper published seven articles containing discrediting information about Russian media outlets, such as Sputnik news agency and the RT broadcaster, in particular commenting on the opening of Sputnik's offices and Russkiy Mir foundation in the United Kingdom, and the coverage of the downing of Malaysia Airlines flight MH17.

"The outburst of your editorial ('Putin’s Information War', 30 July) is puzzling. What kind of Russia’s monopoly over information abroad? What about Western and other media? Or is it about freedom of press in this country?" the embassy's spokesman Konstantin Shlykov said in a letter to the newspaper published on the embassy's website on Monday.

He said that previous Conservative government in the United Kingdom had tried to convince the British voters that the Brexit referendum "was about Russia" and added that The Times had been trying to maintain such position in regard to the forthcoming presidential election in the United States.

Shlykov said he could not imagine "a more misleading and disdainful" attitude toward the newspaper's readers, their common sense and intelligence.

A number of Russian lawmakers from both chambers of the Russian parliament, responsible for information policy and development, have said that The Times' articles were planned in advance as part of information war.