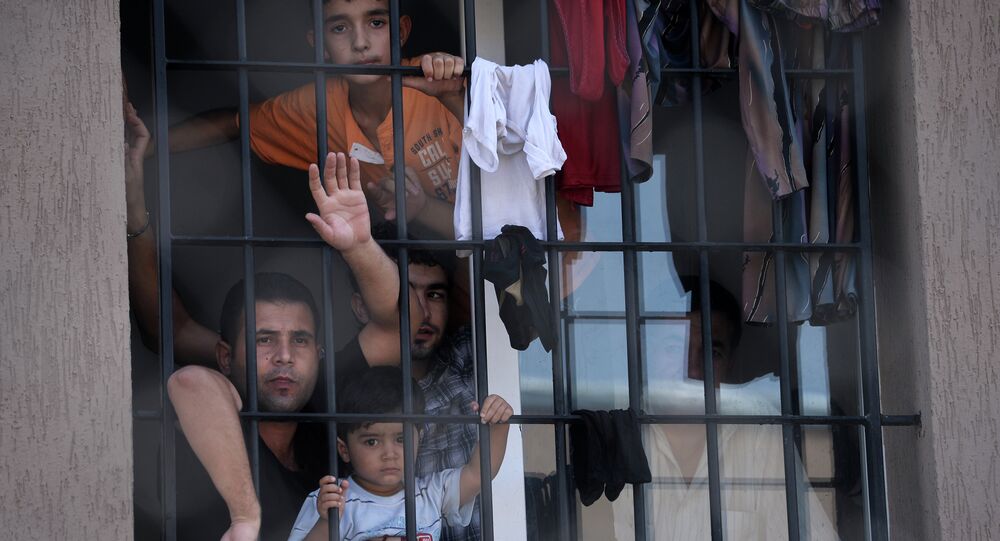 The EU may face a second serious wave of migration if Ankara cancels the EU-Turkey deal on refugees. In this case, the EU will need to take tough measures to prevent a new crisis, a source in the European Parliament told Russian newspaper Izvestiya.

© Photo : Pixabay
Ankara Threatens to Pull Out of EU-Turkey Migrant Deal Over Visa-Free Travel
The EU might consider an option of sending refugees to third countries if Turkey pulls out of the deal. Until now, the European Union viewed the practice of transporting refugees to other countries as inhumane, however it might soon be left with no other choice.

"Brussels is extremely interested in the functioning agreement and on our part we have met our obligations. However, a clear signal for us is Erdogan's statement about the introduction of the death penalty. If he decides to do so, any interaction with Ankara will be suspended, including the process of accession to the EU and the agreement on migrants," the representative said.

According to the official, Brussels understands that in response Turkey will stop controlling the border area, which would lead to an even greater inflow of migrants to Greece. In this case, he argued, Brussels will seek alternative solutions to the migration crisis.

"Of course, we are engaged in informal negotiations in the event the agreement is suspended. If this happens, the parliamentarians will cut their vacations short. It is clear that Greece alone won't be able to cope with the huge influx of people — the country would become a place full of fences and refugee camps," the official said.

© CC0 / Pixabay
Berlin Emphasizes Turkey Has to Meet All Criteria for EU Visa Liberalization
According to him, Brussels considers the option of transporting refugees to third countries as a possible way to avoid the chaos. Under the term "third countries" the EU official potentially means North African countries, although he didn't specify which ones.

Earlier, Ankara threatened to pull out of the EU-Turkey migrant deal if the EU doesn't introduce visa-free travel for Turkish citizens.

"If visa liberalization does not follow, we will be forced to back away from the deal on taking back (refugees) and the agreement of March 18. It could be the beginning or middle of October — but we are waiting for a firm date," Turkish Foreign Minister Mevlut Cavusoglu told Germany's newspaper Frankfurter Allgemeine Zeitung.