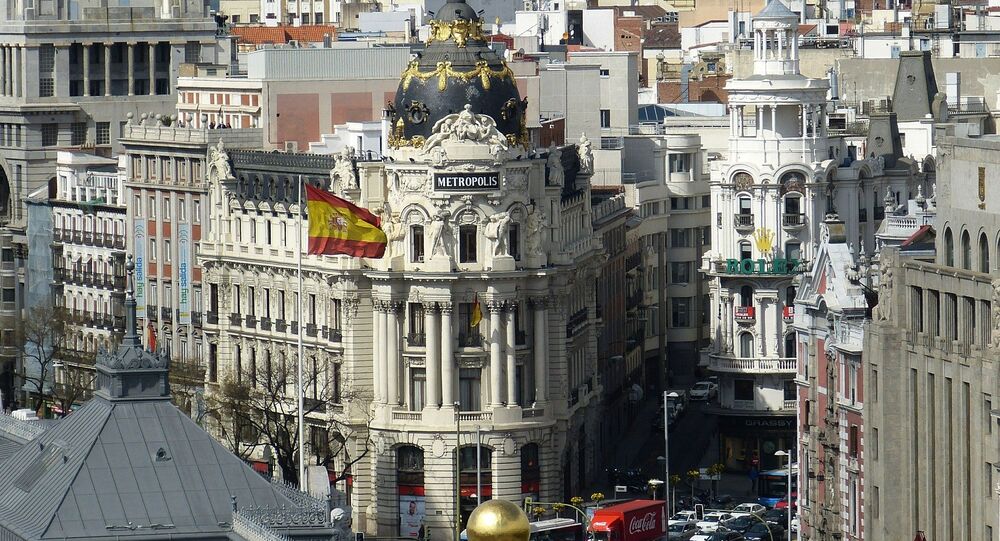 The European Union could fine Spain with some 6.1 billion euro ($6.8 billion) if Madrid fails to decrease budget deficit by October 15, media reported Tuesday.

© AFP 2020 / PEDRO ARMESTRE
Spain to Ask EU for Two Additional Years to Reduce Budget Deficit
MOSCOW (Sputnik) — On July 27, the European Commission recommended not to impose fines on Spain and Portugal for missing their 3 percent GDP levels and proposed the Council of the European Union to give Madrid and Lisbon additional time to reach the target.

The El Mundo newspaper reported, citing sources in the Spanish government, the EU fine is 'inevitable' if Madrid misses budget-deficit targets by October 15. The fine would be imposed through $5.6 billion direct penalty and additional $1.2 billion through the EU structural funds freeze.

Spain's 5.1-percent of GDP deficit last year fell short of the targeted 4.2 percent. However, Spain's economy is currently growing at a rate of over 3 percent per year after returning to growth in 2014.

Under the EU rules, governments have to bring their deficits to below 3 percent of GDP, while debts should not exceed 60 percent of GDP.