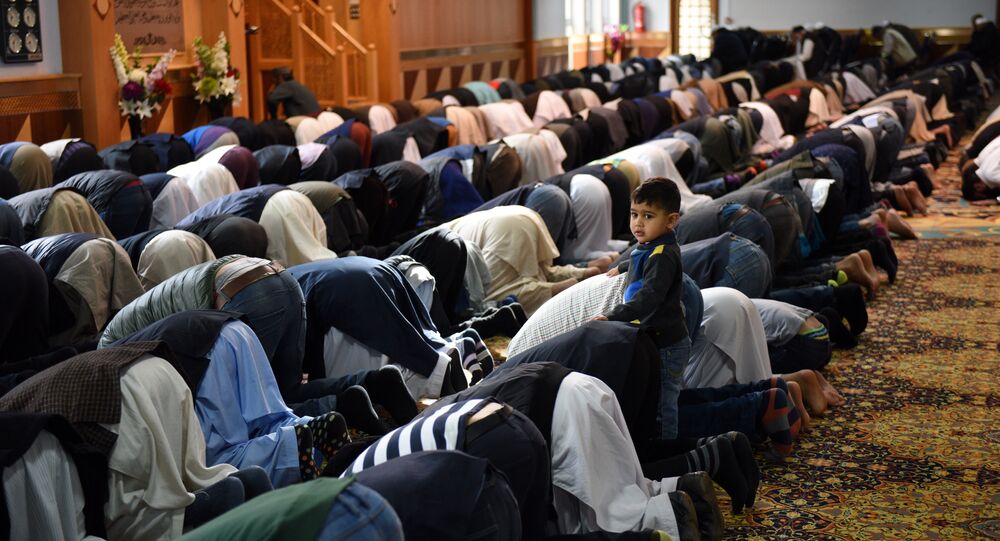 © AFP 2021 / Boris Roessler / dpa
Germany to Ramp Up Security, No Guarantee Against Future Terror Attacks – Interior Minister
In particular, the police will conduct inspections in all Muslim organizations that may be involved in terrorist activities.

In an interview with Russian newspaper Izvestiya, deputy of Bavarian parliament and member of the CSU Hans Reichert said that officials will undertake additional security measures and take control of Muslim organizations.

"The attacks in Ansbach, Reutlingen, Wuerzburg and Munich showed that we need to carefully carry out inspections and do everything possible to prevent the recurrence of such crimes. Law enforcement authorities and security forces have taken control of the organizations, which may be associated with radical Islamists," the parliamentarian said.

© AFP 2021 / Karl-Josef Hildenbrand
Germany Warned of More 'Lone Wolf' Attacks Amid Open Door Policy
On July 18, a 17-year-old male youth who had sought asylum in Germany was shot dead by police after wounding five people with an axe on a train near Wuerzburg, also in Bavaria. Police found a hand-painted Daesh — also known as ISIL — flag in his flat. Later, on July 24, a 21-year-old Syrian refugee was arrested after killing a pregnant woman and wounding two people with a machete in the southwestern city of Reutlingen, near Stuttgart.

On Friday, July 22, an 18-year-old German-Iranian gunman killed nine people in a shopping mall in Munich and injured dozens more in a shoot-out that ended in the gunman shooting himself. According to preliminary data, the shooter adhered to nationalist views and also had mental problems.

According to Reichert, regular checkups alone and the closure of radical religious organizations won't be enough to prevent such attacks in the future. He argued that it is necessary to pay attention to psychological work as well, as well as carefully monitor those who illegally enter the country.

"I would like to emphasize that, despite the tense situation and numerous discussions, it is necessary to differentiate these crimes. Not all the attacks were carried out on the basis of religious intolerance. We already know that a few days before the attack on a train in Wuerzburg, the 17-year-old attacker learned that his close friend was killed in Afghanistan. This shows that it is necessary to focus on the psychological aspect as well. Moreover, authorities should carefully monitor all those who illegally enter and stay in Germany," Reichert stated.

Earlier, numerous reports suggested that the Daesh terrorist group can infiltrate the refugee influx into Europe in order to carry out terrorist attacks. A statement of that kind was recently made by German Chancellor Angela Merkel.

"After the Paris terrorist attacks, we know that Daesh has used and can use refugee movements to infiltrate Europe with terrorist forces," Merkel told reporters.
The European Union has been struggling to manage a massive refugee crisis, with hundreds of thousands of people leaving conflict-torn countries in the Middle East, mainly Syria and Iraq, as well as North Africa and other regions, to escape violence and poverty and seeking asylum in Europe. The growing influx of migrants raised security concerns and fears of possible terrorist attacks among the population.