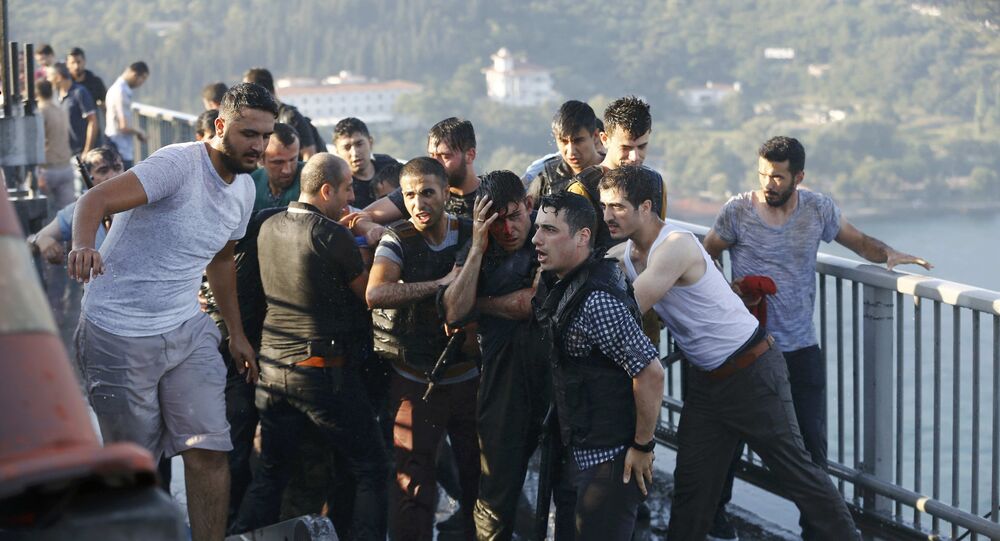 In an interview with Sputnik, British academic Chris Stephenson said that the ongoing persecutions in Turkey often affect those who had no connections with the attempted military coup that took place in the country a few weeks ago.

Stephenson had been working as a lecturer in computer science at Istanbul's Bilgi University before being accused of allegedly supporting PKK.

"The purges in Turkey could be used to target those who had nothing to do with the failed coup," the expert said.

Turkey's President Recep Tayyip Erdogan condemned the West for failing to show solidarity over the recent coup attempt in the country. His comment came after a number of top-level western officials raised concerns over post-coup purges in Turkey.

"It is clear that in the process of prosecuting people who carried out the coup […] that other completely innocent people have been" hit by the ongoing purges in the country, Stephenson noted.

© AP Photo / Hussein Malla
Turkey Shuts Down Military Academies Following Failed Coup
The expert also added that some journalists and civil servants, for instance, were suspended from their jobs, although they had no connections with the coup or any other illegal activities. He also called the trend of constant persecutions and violations of freedom of speech and other human rights "quite worrying".

On the other side, according to Stephenson, despite reports about the difficult situation in the country, many people were against the coup and are glad that the coup was unsuccessful.

"Military coups have never ever been popular with the people of Turkey," the expert said.

On July 15, an attempt to overthrow the government took place in Turkey and it was suppressed the following day. Over 240 people were killed and more than 2,000 injured during the failed coup excluding the victims among the plotters, according to the country's authorities.