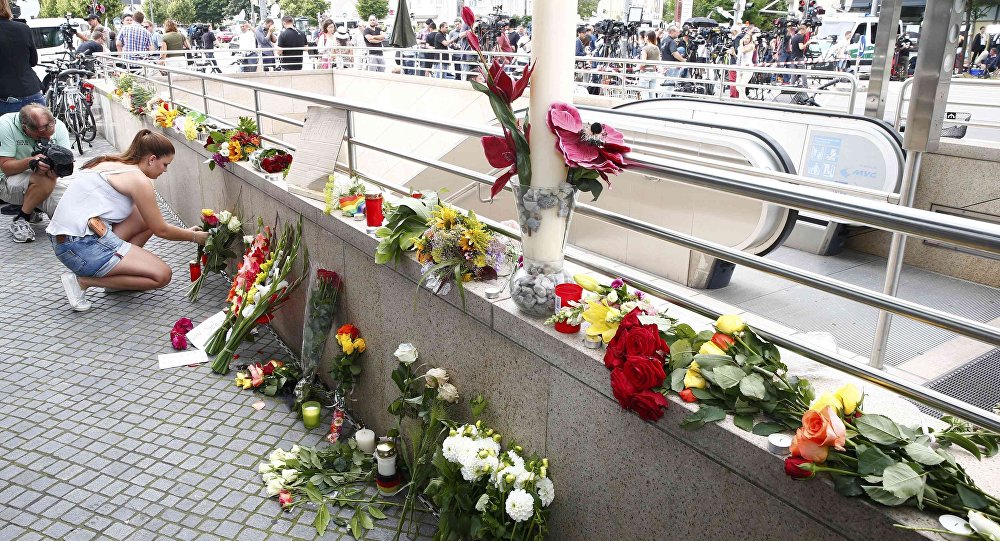 Germany May Face Right-Wing Terrorism as Response to Islamist Attacks

Germany is facing the danger of a rise in the nationalist, right-wing terrorism as reaction to the recent Islamist attacks across Europe, German political expert Alexander Rahr told MIA Rossiya Segodnya.

According to Rahr, Germany is facing a two-fold terrorist threat.

"On the one hand there is Islamist [terrorism], which is partially supported by the external structures like Al-Qaeda and the IS [Daesh]. They have already created a strong underground here. However, there is also a danger that nationalist terror might appear as a response to Islamist ones as it was in the case of the Iranian, who took the gun and opened fire at the Turks, not the Germans," Rahr said.

© AFP 2019 / Yoshikazu TSUNO
Italian Authorities Work Thoroughly to Prevent Terrorist Attacks - Renzi
On Friday, July 22, an 18-year-old German-Iranian gunman killed nine people in a shopping mall in Munich and injured dozens more in a shoot-out that ended in the gunman shooting himself. According to preliminary data, the shooter adhered to nationalist views and also had mental problems.

On July 18, a 17-year-old youth who had sought asylum in Germany was shot dead by police after wounding five people with an axe on a train near Wuerzburg, also in Bavaria. Police found a hand-painted Daesh — also known as ISIL — flag in his flat. Later, on July 24, a 21-year-old Syrian refugee was arrested after killing a pregnant woman and wounding two people with a machete in the southwestern city of Reutlingen, near Stuttgart.

In Rahr's opinion, the series of terrorist attacks involving migrants may lead to the increased popularity of right-wing parties.

"Because of the atmosphere that we currently have here, right-wing parties will score points. At local elections in Berlin on September 18, right-wing populist party Alternative for Germany could rank third. In one year there is also federal election. Alternative for Germany can take third place in these elections without a hitch too," the expert said.

© CC BY 2.0 / Thierry Ehrmann / A Daesh flag
Daesh Benefits From Small-Scale Attacks Carried Out in Europe
According to a recent poll, carried out by the British agency ICM Research, a high number of immigrants (47 percent of respondents), failure to implement political promises (46 percent) and disillusionment with the European Union (38 percent) are the main factors behind the popularity of right-wing political parties.

At the same time, Hans Rauscher, political expert and a columnist for the liberal Austrian newspaper Der Standard argued the popularity of right-wing parties across Europe could be explained by two following factors.

"First of all, the ruling coalition of Social Democrats and Christian Democrats has a lot [weaker] performance. And the biggest issue is immigration. As in other European countries, the voters vote for the right-wing parties because they are afraid that the benefits of a strong wealthy state in Austria would be given to immigrants, especially Muslim immigrants. And this is a very strong argument," Rauscher said in an interview with Sputnik.

Europe is currently facing a major refugee crisis, with 200,000 people having arrived on European shores since the beginning of 2016. In 2015, the number of immigrants exceeded 1.5 million people, making the ongoing migration crisis the biggest since WWII.