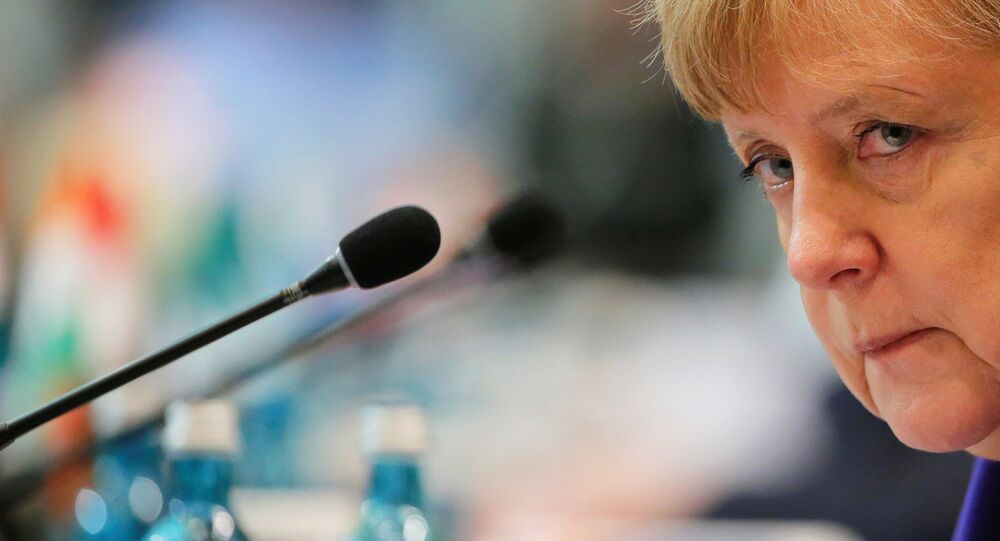 Majority of Germans do not support Chancellor Angela Merkel’ “open door policy” toward the migrants, which she sticks to despite a swell of recent attacks.

According to a poll performed by YouGov market research firm, at least 66% of the respondents said they do not agree with the chancellor's policy towards refugees, with only 27% support.

This is the lowest rating of approval since August 2015, when 51% said they disapprove of the Chancellor's policy.

The Chancellor has been under fire for her recent remarks over whether Germany should reconsider the refugee policy.

"[Germany] Will give asylum to those who are politically persecuted and we will give protection to those who flee war and expulsion according to the Geneva Refugee Convention," she said on Thursday, adding "We can make it."

This latter remark has caused a wave of criticism, with many people posting statements over the Internet, like "unfortunately we cannot ask the victims of the recent attacks whether they see it exactly the same way."

Frauke Petry, leader of the Alternative for Germany (AfD), which strongly rejects the refugee inflow into Germany, also criticized Merkel's policy towards migrants. "…Stop repeating ‘we'll manage it' and finally admit your mistake," she said.

The head of the Green Party Cem Ozdemir said that he feels "ashamed" due to "the failure of the world community, of Europe and above all of Germany" to resolve the refugee crisis.

The poll that involved 1017 respondents, took place between July 26 and July 29. Participants were asked the question "What is your attitude to Merkel's statement ‘We can do it' which she said several times in relation to the high number of refugees and the need to accept them in Germany?"