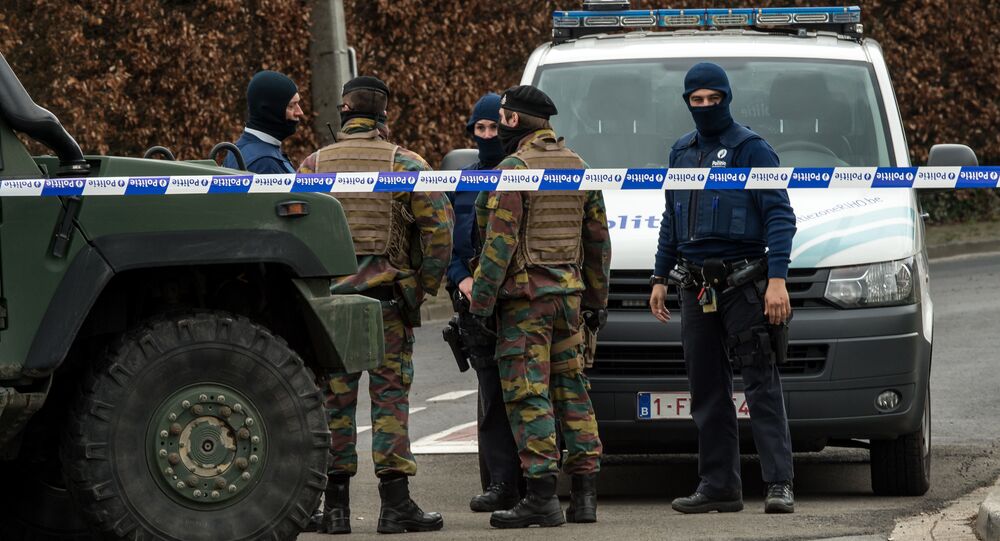 The last few decades have seen the bureaucratization of intelligence services, which are rendered ineffective at dealing with the kind of terrorism that began with the September 11 attacks, security expert Dr. Goran Matic told Sputnik Serbia.

French security and intelligence services have been criticized following the most recent spate of terrorist attacks in Europe for failing to better protect the public from terrorism.

Matic said that intelligence services continue to collect masses of data, but lack the "human factor" which could lead to a crucial tip-off about a potential attack.

Matic said that France is home to migrant communities which "have not accepted European values and French culture," and that France contributes a large number of the Islamic militants fighting for the internationally-condemned terrorist group Daesh (ISIS) in Iraq and Syria.

"Modern 21st century intelligence services principally concern themselves with information technology, study communication, Facebook and the rest. They make conclusions but that human factor, the collection of information from people, is neglected."

Matic said that after the terrorist attacks in France and Belgium this year, intelligence agencies and security services were criticized for failing to prevent them, but that so far the resources are not being directed in the right way.

"The French think that strengthening public security is the correct response … (but) in Belgium, police and soldiers were patrolling everywhere possible but two or three terrorist attacks still happened."

"These very bureaucratized systems are often powerless in the face of these incidents, and they don't give an adequate response. At the end of the day, this leads to the excessive and indiscriminate, counter-productive use of force."

"One of the aims of terrorists is to provoke this kind of response," said Matic, who thinks that intelligence services are not properly processing their information.

"This is the problem of the 21st century, we have a strictly bureaucratized intelligence service, but on the other hand there is an overwhelming amount of information. Thirdly, the processing and selection of information is limited," Matic said.

Matic pointed out that what is known by the public about the activities of intelligence services is a drop in the ocean, a secrecy which is intended to prevent potential terrorists from gaining the knowledge to outsmart intelligence.

"We are always focused on some middle layer of security services, we don't see what is above or below. It's like a frog looking at the Eiffel Tower and only seeing one of its legs; it doesn't see the whole tower."

© REUTERS / Eric Gaillard
French Security Minister Warns “Civil War is Inevitable” After Nice Terror
"Most often, the public and media don't have the right information because of the complications of intelligence operations and criminal prosecutions and so on, the information will never be accessible at this time, perhaps in ten years, but not now."

"There is a veil of secrecy, and if you uncover your methodology you are vulnerable. We see that terrorists never attack twice in the same way because they know that the national intelligence services adapt to it."

One of the changes in terrorism has been the targeting of ordinary people, whereas previously terrorists mostly targeted public figures, he said.

"Thirty or forty years ago it was unthinkable that the victims would be civilians in an airport or on the street. The victims were principally military people, diplomats, government buildings. Hostage-takers on planes tried not to kill passengers but swap them. But the (9/11) attack on the twin towers changed everything," Matic said.