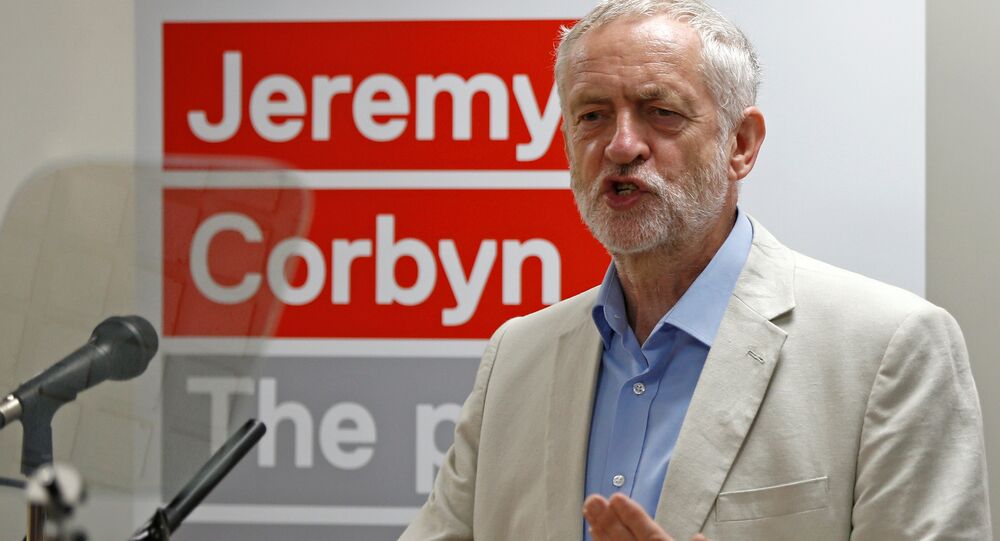 A group of rebel Labour MPs will formally set up their own grouping under an alternative Labour banner, according to local media.

© AFP 2020 / Niklas Halle'n
Britain's Corbyn Wins Court Case as Labour Party Spins Out of Control
MOSCOW (Sputnik) — A group of rebel Labour MPs plans to elect their own leader and set up "alternative" parliamentary group if Jeremy Corbyn gets reelected in the party's leadership contest, media reported on Saturday.

"Essentially, the majority of MPs will formally set up their own grouping under an alternative Labour banner…It is not a ‘we’re off to set up a new party,’ it is a ‘this is our party, we’re not leaving but our current situation is intolerable….The Parliamentary Labour Party would elect a leader which may or may not be Owen [Smith]. Other candidates could come into the frame at that point," a senior rebel Labour MP told the Telegraph.

According to the media outlet, the moderates are also planning to go through the courts to get the right to use Labour’s name and assets. They will also address John Bercow, the Commons Speaker and insist they should be called the official opposition if they have more MPs than Corbyn.

© REUTERS / Stefan Wermuth
Corbyn Says Ready to Extend Hand of Friendship to Opponents Within Labour Party
On July 28, The High Court in London ruled on Thursday that Corbyn could stay on Labour leadership ballot, which is due to take place on August 22.

In June, Corbyn faced a motion of no confidence and saw half of the shadow cabinet resign in protest at what they claimed was his inability to lead the main opposition party after the Brexit referendum. Corbyn refused to resign and said he would take part in the party leadership election.