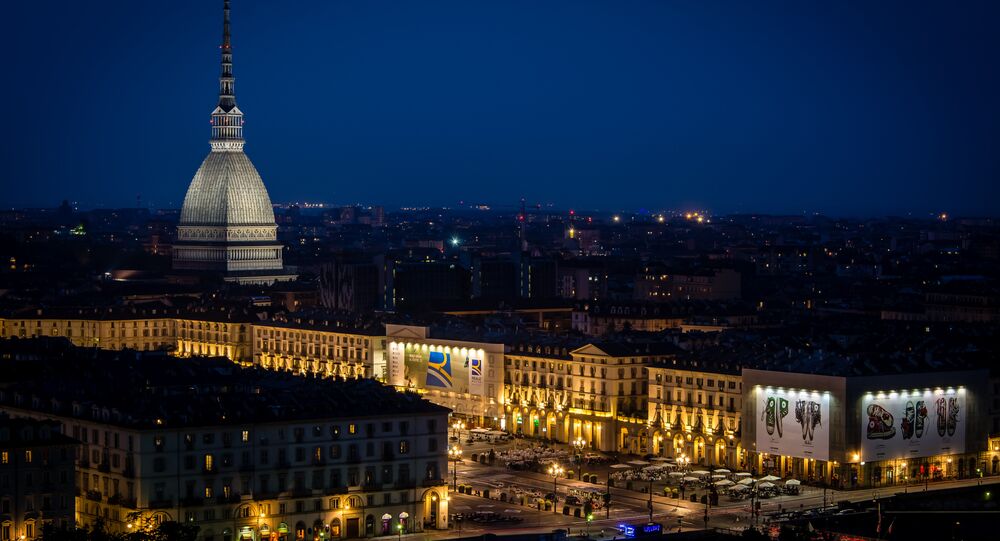 Piedmont has become the fifth Italian region to vote in favor of lifting anti-Russian sanctions; local Liga Nord leader Alessandro Benvenuto told Sputnik Italia his party is supporting local agricultural businesses which have been hard-hit by the EU's policy.

On July 28 representatives of the Five Star Movement, Fratelli d'Italia (Brothers of Italy) and Lega Nord (Northern League) in the Piedmont supported the resolution, which was drafted by Lega Nord's regional director in Piedmont, Alessandro Benvenuto.

Benvenuto told Sputnik Italia that the vote of Piedmont MP's is a response to the grievances of farmers in Piedmont who are suffering losses due to sanctions and counter-sanctions and feel the national government in Rome has turned a deaf ear to their plight.

"For Italian agricultural producers, the Russian market makes up about two percent (of sales), one third of which is food products, excluding wine and olive oil. In 2015 across the whole of Italy, food producers lost 240 million euros (as a result of sanctions)," Benvenuto explained.

"There are already countless problems for the food industry, the situation is very difficult and damage is being done to a sector which is already badly treated by the EU."

Benvenuto said that in Piedmont, Lega Nord first proposed the resolution to urge the lifting of sanctions in November 2015, but a parliamentary debate had been delayed by the government.

"However, I must say that in this case our proposal has received a favorable response from almost all the regional parties. Theoretically, (regional) president Sergio Chiamparino is now obliged to take steps to try and solve this problem. To take almost eight months to debate the Russian sanctions is a joke. It (underscores) an absolute lack of respect for the agricultural sector of Piedmont," Benvenuto said.

© Flickr / Jeremy Nelson
Why Italian Regions Oppose Confrontation With Russia
The politician said that the resolution was motivated by political and economic factors.

"First of all, this is political – we reiterate that the Lega Nord party is opposed to anti-Russian sanctions."

"Secondly, the agricultural industry is very important for the region and we need to protect its interests. Although our initiative is non-binding, it has political significance. Some regions have already done the same, in opposition to the national government's position. There is a will for geopolitical change," Benvenuto explained.

"Sanctions are a big problem not just for Lega Nord or agricultural enterprises. Ordinary Italians are also against sanctions, this economic war harms them and that is what's most important."

Italy's north-west Piedmont region has a population of 4.6 million, and according to statistics from 2007 its GDP is the fifth largest of Italy's 20 regions. In the late 1850's and 1860's, the Kingdom of Piedmont-Sardinia was instrumental in reuniting Italy; Turin was briefly the capital of the re-unified country before Rome took the title in 1871.

Five out of Italy's 20 regions have now called for the lifting of anti-Russian sanctions: Tuscany has also done so within the last month; its regional council voted on July 6 to follow Lombardy, Liguria and Veneto in urging the national government to work towards lifting anti-Russian sanctions.

The EU Council first decided to impose anti-Russian sanctions in March 2014, after Crimea decided to join the Russian Federation following a referendum. Russian counter-sanctions on the import of food products were first imposed in August 2014 and prolonged in step with the EU and US measures.

Most recently, on June 17 the EU Council decided to prolong sanctions against some Russian individuals and entities until January 2017. Following the announcement the Italian Senate, the country's upper house of parliament, adopted a resolution on June 27 opposing the automatic renewal of anti-Russian sanctions.