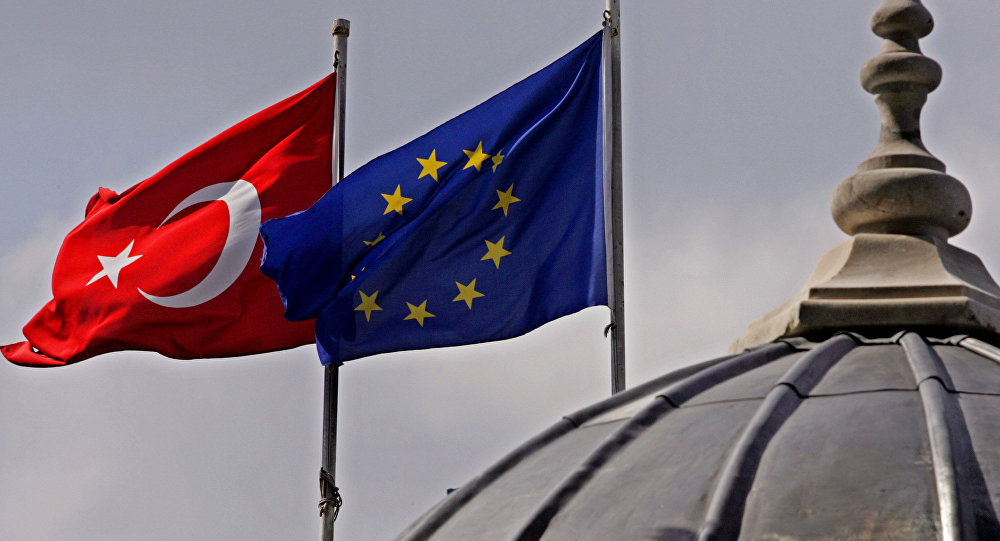 Turkish Agriculture Minister Faruk Celik said that attitude of some countries from the European Union to the recent coup attempt in Turkey "leaves much to be desired."

© Flickr / U.S. Department of Defense
Turkey’s Akinci Air Base Used by Coup Plotters Will Be Shut Down
MOSCOW (Sputnik) — Ankara is disappointed over ambiguous attitude of some EU member states to the attempted coup in Turkey, Turkish Agriculture Minister Faruk Celik told Sputnik on Friday.

On Thursday, German Chancellor Angela Merkel condemned Ankara's reaction as disproportionate, as Turkish authorities shut down numerous institutions and detained over 13,000 people in connection with the coup attempt.

"Though the situation in clear, our allies, the European Union, we have been trying to join for many years are acting not in the way we expected. We would like their position to be more clear. Frankly speaking, attitude of some countries to the recent developments in Turkey leaves much to be desired," Celik said.

© Flickr / Doug
Turkey's Top Military Brass to Keep Their Posts in Wake of Coup Attempt
He accused European media of biased coverage of the situation in Turkey.

The coup attempt, which occurred in Turkey on July 15, was suppressed the following day. Over 240 people were killed and more than 2,100 injured during the failed coup, excluding the victims among the coup plotters, according to the country's authorities.