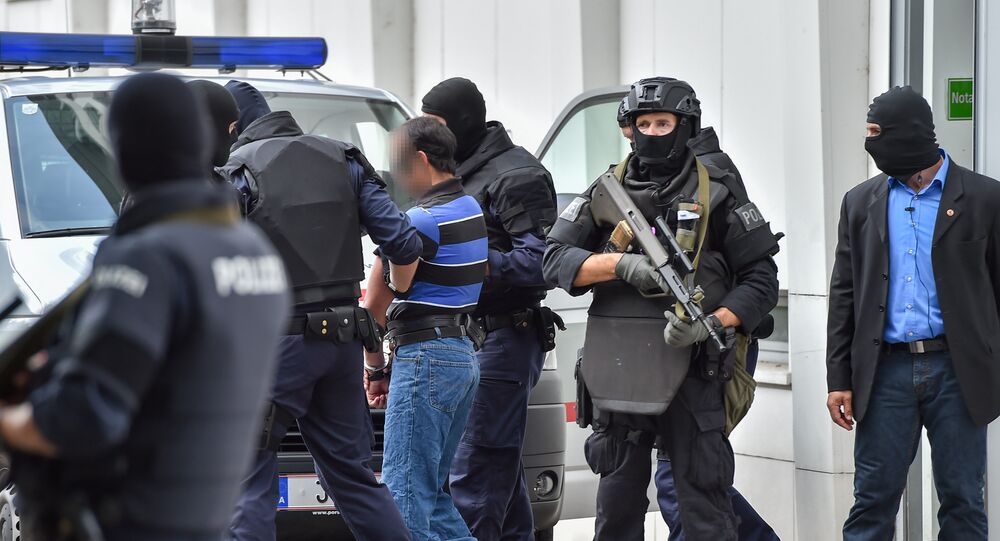 The gun and bomb attacks in Paris on November 13, 2015 were claimed by the Islamic State (ISIL or Daesh) terror group, banned in Russia. They killed 130 people and wounded hundreds more.

Austria stopped its inquiry into both men "after they were handed over to France under an EU warrant submitted by the prosecutor of the Paris District Court," Salzburg prosecution’s spokesman Robert Holzleitner was quoted as saying by Austria’s newspaper Wiener Zeitung.

© AFP 2020 / Bertrand Guay
Paris Attacks Victims' Families to Sue Belgium for Failure to Prosecute Radicals
Algerian Adel Haddadi and Pakistani Mohamad Usman came too late for the November massacre in Paris, after crossing to Greece on a migrant boat together with two other attackers last October, the outlet reported.

The duo were held by Greek authorities for carrying fake Syrian passports and released in late October. They reached Austria in end November after the November 13 attacks were already over. Austrian police arrested both jihadists on a Greek tip-off at an asylum center in December – again for faking documents.