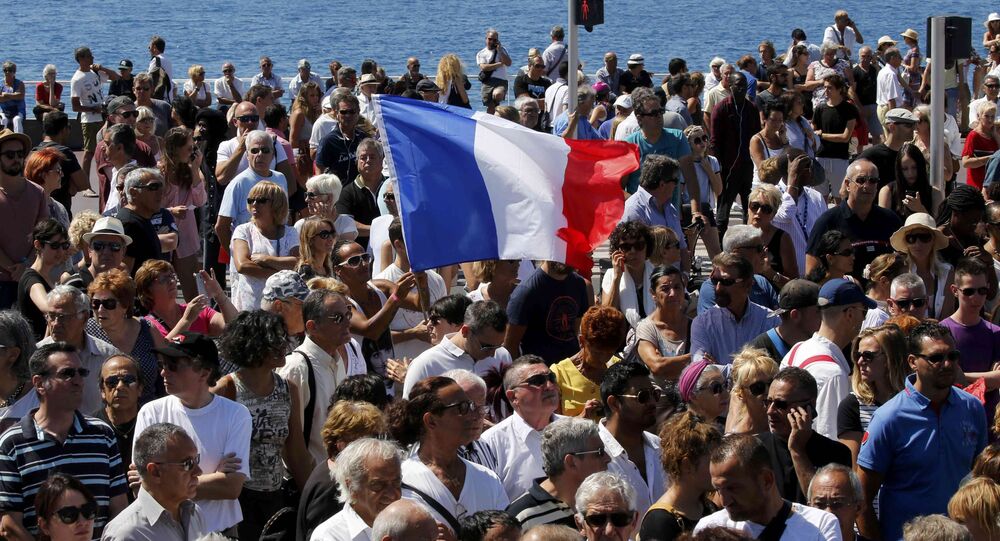 State vs. Religion: French Republic Willing to Sign an Agreement With Islam

According to the weekly newspaper “Canard Enchaine”, French Minister of Internal Affairs Bernard Cazeneuve is willing to sign an accord between the French state and Islam with the aim of preventing radicalization.

“Signing an agreement with one religion on the whole territory of the French Republic would be to give the same rights and duties to all religions,” Gilbert Roger, the Socialist Party Senator from the Seine-Saint-Denis department, a member of the Senate Committee, told Sputnik.

© REUTERS / Regis Duvignau
French Prime Minister Calls for Reinventing Relations With Islam in Country
This measure, according to him, contradicts the 1905 French law on the separation of church and state as well as the conclusions of the published report “Information mission on the organization, location and financing of Islam in France and its religious buildings.”

The signing of the agreement does not take account of the budgets of local governments and state bodies. However, the senators prefer this arrangement, so that French Islamic leaders had a chance to think about their organization in the context of strict adherence to national values.

“The 1905 law will be completely distorted. We believe that now everything is in balance. We do not want the 1905 law to be touched, and I will add that today the Muslim religion has never showed the world that it is able to organize itself like other religions, for example, Catholicism. So here we are, not entirely sure whether Imams have credibility in the eyes of the faithful, who go to this or any other mosque,” says Gilbert Roger.

© REUTERS / Pascal Rossignol
France Terror: How Did 'Ticking Time-Bomb' Carry Out Church Attack?
However, according to Catholic priest and philosopher Guillaume de Tanoüarn, the majority understands that it is necessary to "regulate the Muslim cult" and there is only one way to regulate it – by "abandoning pompous phrases and platitudes." If such a form of legal agreement were proposed, he claims, it will interest all other French religions as well.

“If an inventory will be conducted in all mosques for signing the agreement, I do not believe it will be too much, especially, when it might resolve the problem of the increased terrorist threat,” explains  Tanoüarn.

From an ideological point of view, the French Republic is not ready to take such measures. It cannot invite such controversy or revise the exemplary principle of the separation of state and France's approach to religion, he says.