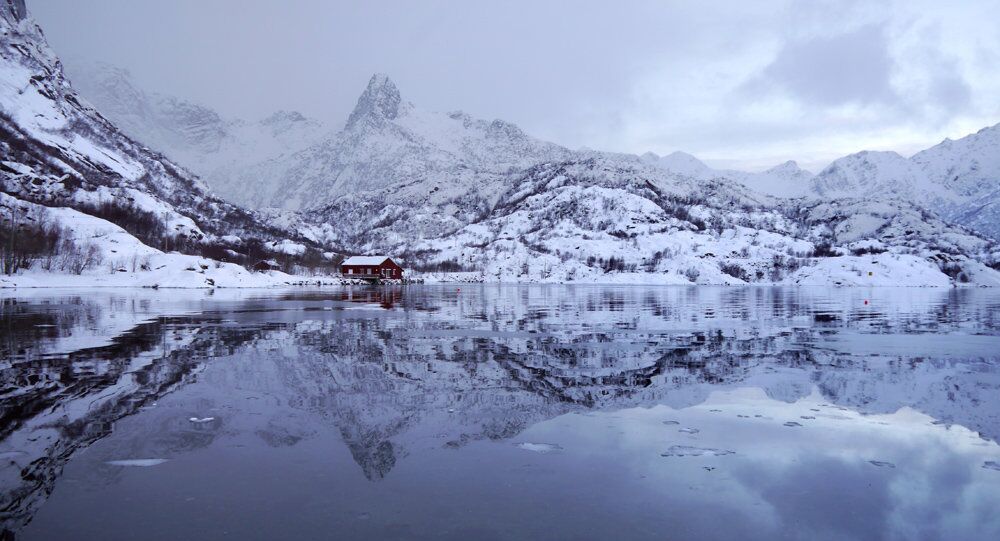 Happy Birthday! Norway May Gift a Mountain to Finland

What’s a present fit for a sovereign nation? How about a windswept mountain peak?

© Sputnik / Dmitry Vinogradov
Norway Terminates Large Refugee Center as ‘Arctic Route’ Falls Into Disuse
The government of Norway has confirmed that it is considering shifting its border slightly so that one of two peaks of Mount Halti can become a part of neighboring Finland. Giving Finland a new highest point, the move would be intended as Norway's birthday present to Finland, on the occasion of the 100th anniversary of its independence.

"There are a few formal difficulties and I have not yet made my final decision," said Norwegian prime minister Erna Solberg. "But we are looking into it."

Mount Halti is made up of two peaks, one historically Norwegian and one historically Finnish. Both peaks currently belong to Norway. The proposed step will essentially return the Finnish peak back to Finland.

To do that, Norway will need to move its border some 40 meters higher into the mountain range and surrender some 0.015 sq. km of its territory.

This will make the 1,331-meter peak of Mount Halti a part of Finland, raising the country's highest point seven meters above the current 1,324 m.

The peak "would be a wonderful gift to our sister nation," said the mayor of Kåfjord, Svein Leiros, who, with other local politicians has written to the government in Oslo to express enthusiastic support for the plan. Leiros also pointed out that this would not be a significant loss to Norway, as it's own highest point, at Mount Galdhøpiggen, is 2,469 meters.

The idea comes from a 76-year-old retired geophysicist and government surveyor named Bjørn Geirr Harsson, who says he was first puzzled by the location of the border, a straight line drawn in the 1750s, which he calls "geophysically illogical," after he flew over Mount Halti in the 1970s.

© Flickr / Iago Laz
Finland Drafting Legislation to Prevent Terrorist Attacks - Lawmaker
In 2015, Harsson proposed his idea to Norway's foreign ministry, which, by way of refusal, noted that according to Article 1 of country's constitution, Norway is a "free, independent, indivisible and inalienable realm."

Michael Tetzschner, deputy chair of the parliamentary scrutiny committee, supported the Foreign Ministry's objection, underscoring that the constitution "clearly prohibits the surrender by the state of any part of Norwegian territory to another power."

But Øyvind Ravna, a law professor at the Norwegian Arctic University, pointed out that Norway has previously made minor adjustments to its borders with both Finland and Russia, reflecting changes in riverbeds and the shifting positions of sandbanks and islets.

Constitutional law is not relevant for such minor changes, Ravna stated.

Public reaction to the proposal has been positive in both Finland and Norway. A popular Facebook page run by Harsson's son from his home in the US calls on supporters to allow "Finland, on its centenary, to rewrite both its history and its geography books."

The budget cost of rewriting all the books, however, is not mentioned.

Objections to the birthday proposal come from the indigenous Sami community that resides in both Norway and Finland, and that argues that the land belongs to neither government.

Norway to Decide on Use of Leftover Refugee Funds in October

Finland Not Main Target of Terrorists Despite Increased Threat in Europe