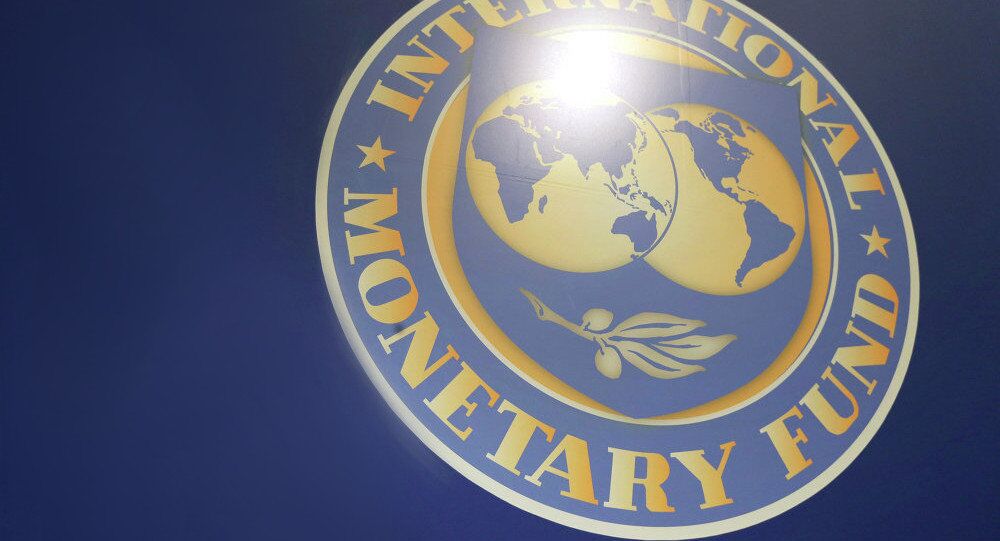 International Monetary Fund spokesperson said that IMF executive board will not be able to consider the second review to disburse assistance to Kiev before its recess this week.

Wikipedia / Musia-97
Ukraine National Bank Expects $2.7Bln in 2, Not 3 IMF Tranches by Year-End
WASHINGTON (Sputnik) – The International Monetary Fund (IMF) executive board will not be able to consider the second review to disburse assistance to Kiev before its recess this week, and will take up the issue after reconvening in mid-August, IMF spokesperson William Murray said in a briefing on Thursday.

"We do not expect the Board review before the recess, which is this week," Murray stated. "We expect that Ukraine will be taken up by the Executive Board sometime when the Board reconvenes, but beyond that I do not really have the precise timing for the Board review on the Ukraine program."

The spokesperson noted that review could "possibly" take place in August or September.

In May, the IMF announced it would consider disbursing $1.7 billion in assistance to Ukraine upon successful conclusion of the second review. However, Ukrainian media reported in June that the fund could reduce the next tranche to Kiev to $1 billion.

On March 11, the IMF approved a four-year program of financial aid to Ukraine, which stipulates a $17.5 billion loan over the next four years. The Ukrainian government has to implement new economic policies for the IMF to disburse the funds.