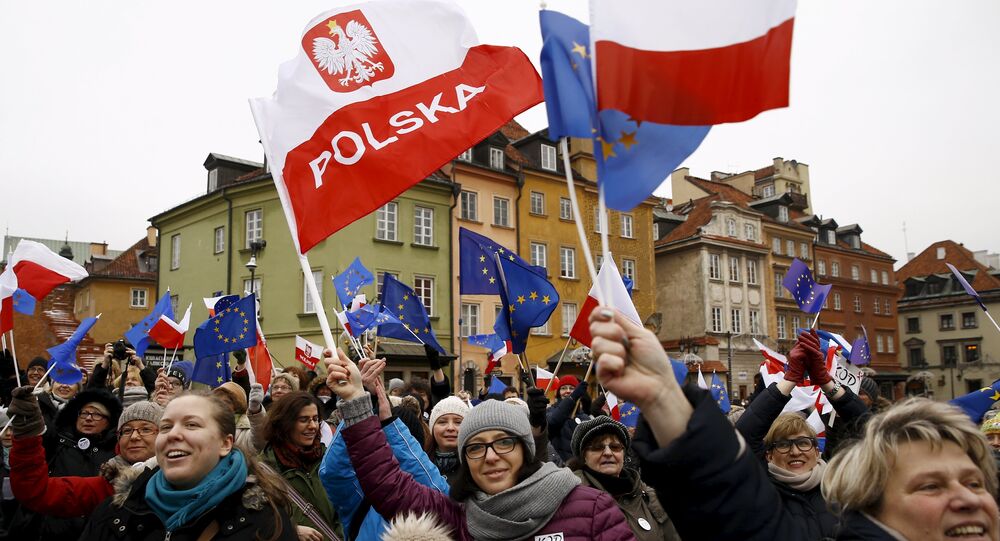 Poland could lose its rights to vote in the EU in an escalating row over changes to its Constitutional Court imposed by the ruling Law and Justice (PiS) party, soon after its election in 2015, sparking claims that it is not acting democratically and - therefore - against EU principles.

© REUTERS / Kacper Pempel
A woman holds the Polish national flag as she takes part in a march demanding their government to respect the country's constitution in Warsaw, Poland, March 12, 2016.

However, Chief Justice Andrzej Rzeplinski ruled that many sections of the law passed in December 2015 were "non-compliant with the Polish Constitution. [The law] prevents the honest and proper functioning of the… Constitutional Court, by interfering in its independence and separation from other powers, thus violating the principles of the rule of law."

Both the Council of Europe and the European Commission have condemned the move and being anti-democratic.

Finally, after months of negotiations, the Commission has adopted a 'Rule of Law Recommendation' on the current situation in Poland, setting out the Commission's concerns around the functioning of the Constitutional Tribunal, and recommending concretely how these concerns can be addressed.

In a statement it said:

The Commission has now given Warsaw three months to change its position or face sanctions which could mean losing its voting rights in the EU institutions, marking a new low in EU-Polish relations.