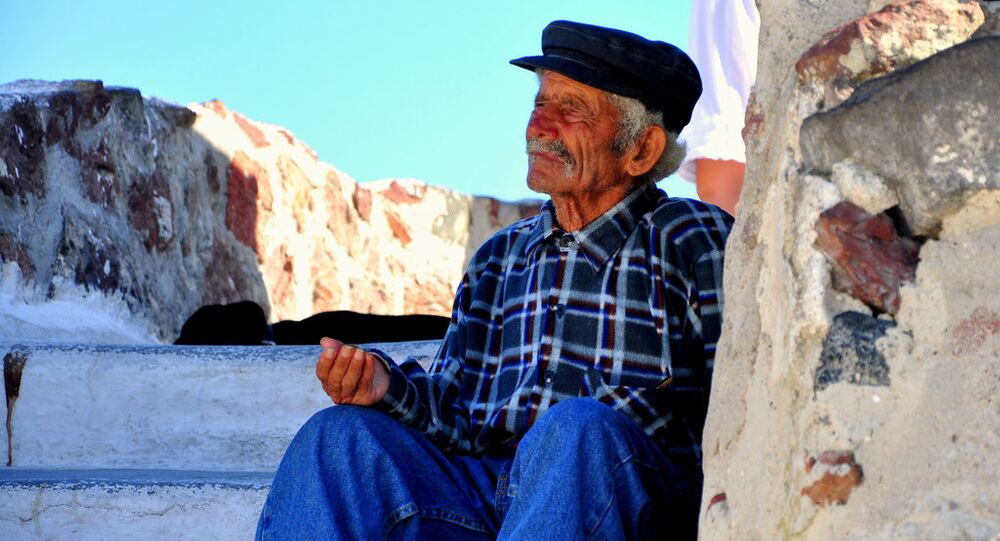 New measures to help the poorest people in Greece, unveiled by Prime Minister Alexis Tsipras, have been labeled too "limited."

Skeptics of the so-called new welfare state have accused the PM of trying to offset the latest tough fiscal measures by introducing a new social policy to help the poorest families in Greece.

One economist told Sputnik that the new package is "limited."

"I welcome the measures, but there are dozens of thousands of people who are living in terrible conditions and they are in dire need of any [kind of] help from the government," Yannis Koutsomitis, a Greek Eurozone analyst told Sputnik.

"The package is limited and only amounts to around 50 million euros."

Meanwhile, Tsipras still blames the financial crisis in Greece — where a quarter of the population are unemployed — on the state of affairs left behind by his predecessors.

#Racism, #poverty, breakdown of the #welfare state, #unemployment: This is #Greece after #corruption overthrew #Democracy, @TheLiveProject

"We undertook to govern a bankrupt and socially-pillaged country," Tsipras said as he unveiled his proposals for his new welfare state, which remains a distant memory from the anti-austerity pledges he made before the Syriza-led government came to power.

"Before the crisis the wages were okay, the pensions were very okay — almost the same level as Germany — there was no widespread poverty and Greece didn't have a real welfare program," Koutsomitis told Sputnik.

"But after six years of a really hard crisis, we now have a huge part of society living in really harsh conditions."

Koutsomitis believes that the new "small package" of reforms is a step in the "right direction," but lacks any structure to effectively tackle poverty in Greece.

"This lack of a serious social welfare state is taking its toll on citizens who can't even afford to buy bread," Koutsomitis said.

"There is no system to meet the needs of the poor — it's not something that can be done overnight, it will take some years and further cuts to other parts of the budget, to afford a real system to prevent beggars on the streets."

© Flickr / Gerard Queen
An older woman begging for money in the streets of Heraklion, Crete.

Koutsomitis also suggested that the safety net for the poorest people in society that has been provided in recent years by NGOs and the Greek Orthodox Church, is weakening.

"They are in a crisis themselves and they don't have the same means that they had in previous years."

"The measures need to be part of a comprehensive social welfare program that must be put in place over the next few years or we will have serious consequences," Koutsomitis said.

"This will mean people will lose their homes because of bad loans and this will cause serious social problems in the coming years for Greece."

"Send my regards to Schäuble",Yannis says."Because of him we are all afraid to loose our homes." #Greece #foreclosure pic.twitter.com/iYyZV16Ies

The new measures set out by Tsipras to introduce a new welfare state might sound like a good idea, but the reality for the poorest people in Greece it seems remains too little, too late.