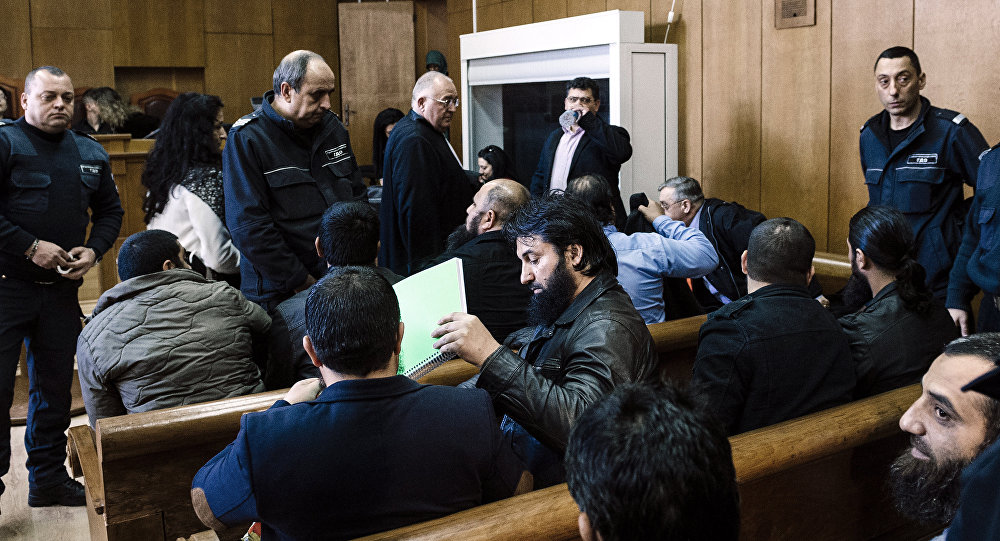 The trial of 14 people who are charged of propagating religious hatred began in Bulgaria, according to local media.

MOSCOW (Sputnik) — The trial of 14 alleged supporters of radical Islam kicked off in a regional court in the Bulgarian town of Pazardzhik with a defense lawyer being fined for boycotting proceedings, media reported Thursday.

According to The Sofia Globe, Defense lawyer Altai Kuzev verbally clashed with prosecutor Nelly Popova over Popova's accusation that he was mocking prosecution witness Petar Tonchev, after which Kuzev left the courtroom, but has failed to return after the recess and was thus fined 500 leva ($284) by the judge.

© Flickr / ResoluteSupportMedia
Bulgarian Gov't Approves US-Bulgaria Anti-Drug, Counter-Terrorism Drills
The 14 people are charged of propagating religious hatred and were arrested in November 2014 in raids by the Bulgarian State Agency for National Security, police, gendamerie and prosecutors.

The other six witnesses were expected to attend the hearing, out of which three appeared, but were not questioned amid the proceedings cancellation.

The trial was adjourned until September 16.