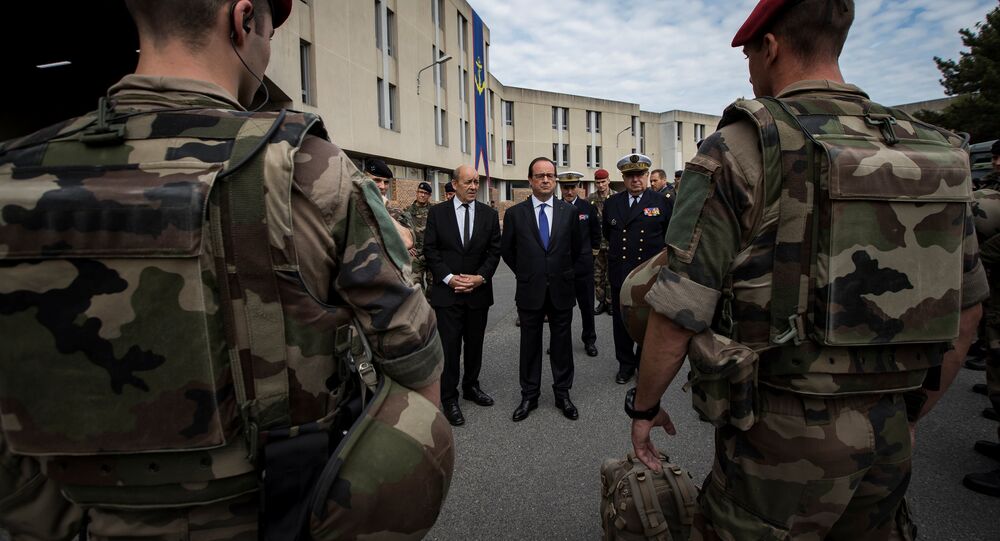 French President Francois Hollande decided to establish the National Guard from the existing operating reserves, according to the statement of the Elysee Palace.

According to the statement, the decision was taken after Hollande's meeting with the lawmakers.

"President of the Republic [Hollande] decided to establish the National Guard from the existing operating reserves," the statement reads. He also expressed the intention to "as soon as possible begin the establishment of this structure, which would serve to protect the French people."

© REUTERS / Christophe Petit Tesson/Pool
Liberty, Equality, Emergency? France Extends Anti-Terror Security Measures
The president will inform the French Defense and Security Council of the plan to establish the National Guard at the beginning of August and the conditions of its creation will be discussed in parliamentary committees in September, according to the statement.

France has been recently hit by a series of terrorist attacks. On July 14, a truck rammed into a large crowd celebrating Bastille Day in Nice, killing at least 84 people, including children, and injuring hundreds of others. The most recent attack took place on July 26, when two armed men took five people hostage at the Saint-Etienne-du-Rouvray church in Normandy, killing a priest. Islamic State terrorist group, outlawed in Russia and numerous countries, claimed responsibility for both attacks.

Why France Has Repeatedly Become a Target for Terrorists