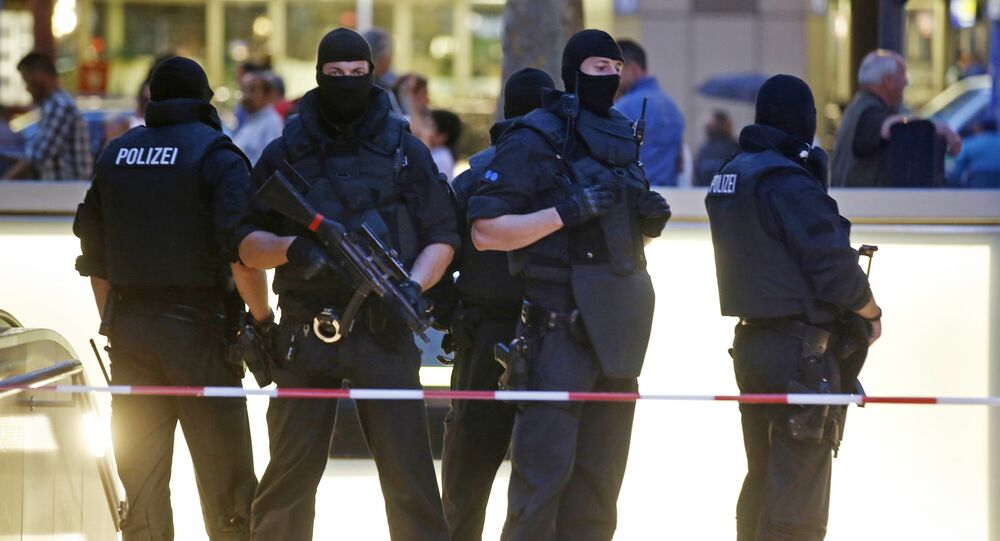 Police of southern German town of Ludwigsburg detained a 15-year old school boy, who was acquainted with the Munich mall shooter and had allegedly planned an attack, local media reported on Wednesday.

© AFP 2021 / Lukas Schulze / dpa
Police Arrests Friend of Munich Shooter
MOSCOW (Sputnik) — According to the German Stuttgarter Nachrichten newspaper, police was informed about the suspicious boy, who used to talk with the Munich shooter, as well as posted on the Internet photos and drawings that showed his possible interest in a new attack.

The newspaper added that police found during the search of the minor's house explosive materials, a number of knives, many bullets and evacuation plans of the detainee's school.

On Friday, an 18-year-old German-Iranian man opened fire in the crowded Olympia shopping mall and a nearby McDonald's restaurant, killing nine people before committing a suicide.