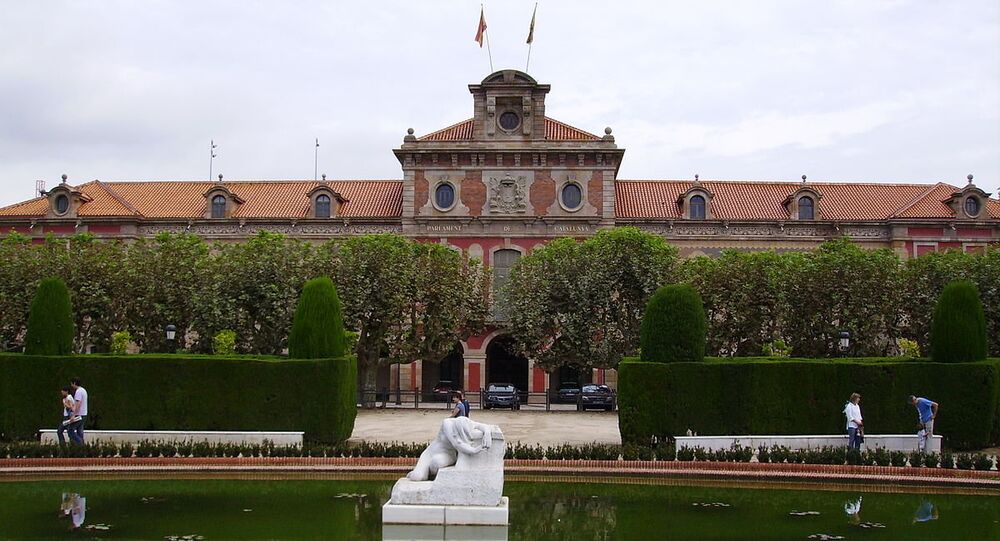 The commission's on the Catalonia's secession from Spain decisions were supported by the Catalan parliament, according to local media.

Earlier in the day, the parliament discussed the report prepared by the parliamentary commission. The conclusions of the commission include the points of secession's terms and a referendum on a new regional constitution.

According to The Spain Report newspaper, the commission's decisions were supported by 72 lawmakers from the pro-independence Catalan Junts pel Si (Together for Yes) coalition and their allies from the left-wing Popular Unity Candidacy (CUP).

© REUTERS / Andrea Comas
Podemos Threatens Spain's Unity By Backing Catalan Independence Referendum
The newspaper added that the members of the parliament from the People's Party of Catalonia (PPC) and Citizens (Ciudadanos) parties had left the chamber protesting against the vote.

Catalonia has long sought independence from Spain, but the Spanish government has repeatedly declined to grant the region independence, saying it would violate the country’s constitution.

Catalonia held a non-binding referendum on independence from Spain in 2014. Over 80 percent of those who participated the referendum voted in favor of the autonomous community becoming an independent state. In November, the Catalan parliament issued a resolution to start seceding from Spain.