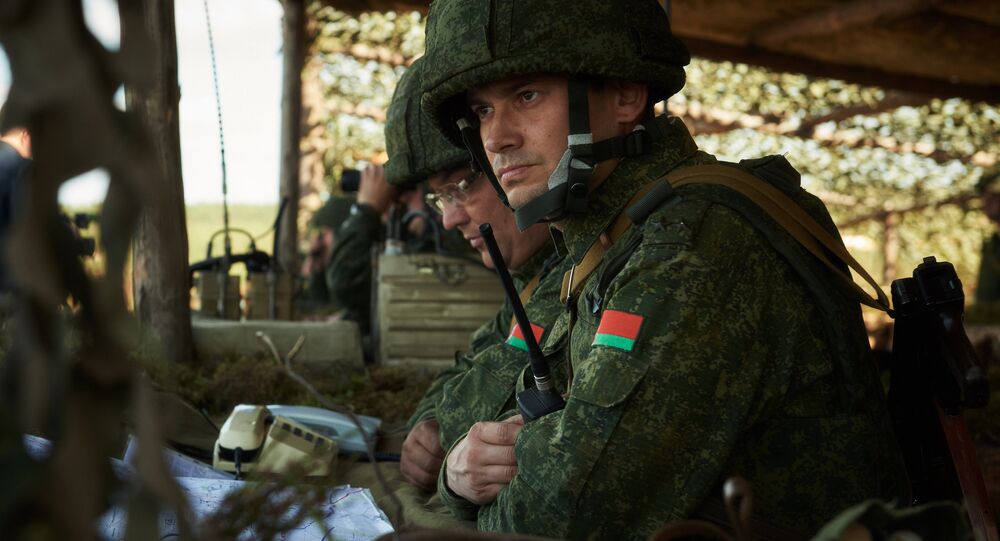 Belarusian President Alexander Lukashenko has signed a new, updated edition of the country's military doctrine, following deliberations in the country's parliament. Significantly, while the doctrine does not directly identify the countries which serve as a threat to Belarus, it is hinted in no uncertain terms that NATO is the most likely threat.

According to paragraph 11.3 of the new doctrine, direct military threats to the country include "the expansion (or creation) of military-political alliances in the European region in which the Republic of Belarus is not included," and/or an attempt by such alliances to carry out "global functions."

Paragraph 11.4, meanwhile, alludes to the threat posed by "the strengthening of the offensive capabilities of states (or coalitions of states), including the unilateral establishment of strategic missile defense systems, precision-guided weaponry equipped with non-nuclear warheads for attacks against the military forces and infrastructure of the Republic of Belarus," and other measures "leading to a disruption of the existing balance of forces, as well as the building up of military infrastructure by states bordering Belarus."

Alluding to the dangers of 'missile defense' and cruise missiles disrupting the existing balance of forces in the region, the new doctrine is clearly talking about the North Atlantic Alliance, the only other major military bloc in Europe, and the ongoing buildup of NATO forces in Eastern Europe, including US ABM systems in Romania and Poland.

In addition to direct military threats, the doctrine talks about so-called military-political, military-strategic and military-economic threats to the country. The document pays particular attention to the use of color revolution techniques, the use of private military forces, and 'hybrid warfare'.

Earlier, presenting a draft of the doctrine for parliamentary deliberation, Belarusian Defense Minister Andrei Ravkov emphasized that "a particular emphasis has been placed on the negative trends associated with the development of the concept of 'color revolutions', and mechanisms aimed at changing the constitutional order and violating states' territorial integrity by provoking internal armed conflicts."

© Sputnik / Sergei Guneyev
Putin: Russia, Belarus Working on Deeper Eurasian Integration
Ravkov noted that the country's new military doctrine, the first update since 2002, would be sure to take account of a series of new external and internal threats, including those which are formally outside the military sphere, but which significantly affect the country's defense.
...
Reddit
Google+
Blogger
Pinterest
StumbleUpon
Telegram
WhatsApp
546

Establishing Russian Military Bases in Belarus Not Under Discussion - Envoy

Russia, Belarus to Discuss Joint Actions in Africa on June 6