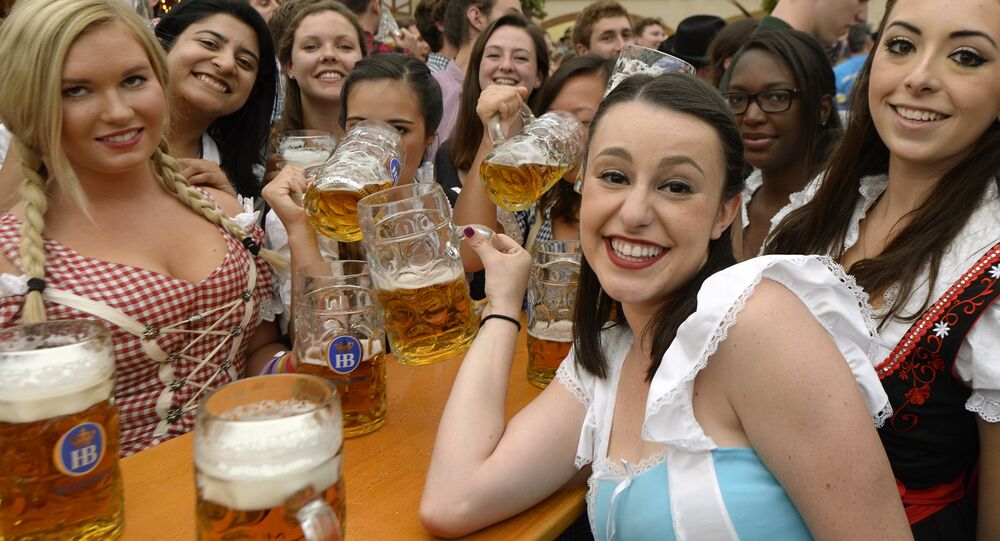 Belgian bio-engineers claim to have invented a machine that purifies urine into drinkable water, leaving a fertilizer byproduct, using solar energy. Water produced with the technique will be used to brew beer.

Most people will not drink urine of their own free will, unless they are stuck for days in a desert and dehydrated enough to have second thoughts. But University of Ghent scientists see a potential in urine that should be exploited.

In the solar-powered process, urine is heated in a tank before being passed through a membrane separating the water from nutrients, including potassium, nitrogen and phosphorus.

© Sputnik / Sergey Pyatakov
The Newest Health Craze In India: Cow Urine
The system requires no electricity and is therefore easily adaptable. According to Derese, the process could help to organize agriculture in a more sustainable and local way, especially in the rural communities of developing countries prone to drought. But the ultimate goal is to install the machines in stadiums, shopping malls and airports.

The concept is also ideal for summer music festivals, which suffer from the challenges of wastewater logistics. Recently, the team deployed one of its distillers at a 10-day music and theatre festival in central Ghent, under the slogan #peeforscience, where the project was a great success, recycling 1,000 liters of water from urine collected at the event. This water is slated to be used to make Belgian beer.

"We call it from sewer to brewer," Derese joked.

A preference was stated for using the water to make wine coolers, as anything could be considered to be an improvement.

Yes They Can! Aussies Float Vessels Made From Beer Cans for Charity and Fun