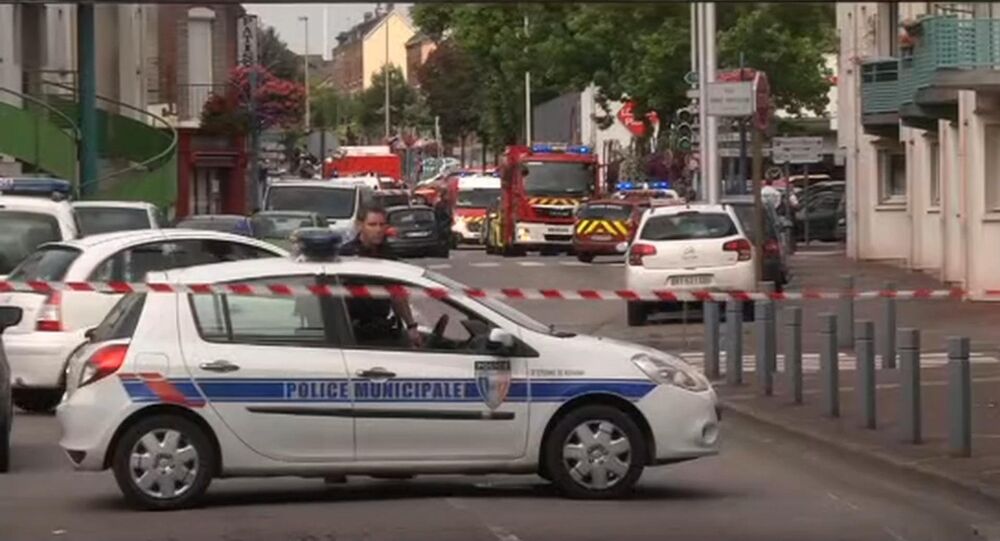 Prosecutors have confirmed the identity of one of the attackers who stormed a French church on Tuesday as Adel Kermiche.

Kermiche, 19, was a local youth whose behavior had been reported to authorities by his parents. He tried to reach Syria twice in 2015 and was under strict electronic surveillance by French authorities. He was required to check in with police once a day.

The French anti-terror prosecutor is still attempting to identify the second attacker.

Two attackers stormed a Catholic church in Saint Etienne-du-Rouvray during morning mass on Tuesday. Four hostages were taken, with one in critical condition, and an 84-year-old priest was killed. The attackers claimed they were with the terrorist group Daesh, also known as IS/Islamic State, and the group has claimed responsibility for the incident.

Both men were killed by police units who surrounded the church.

French President Francois Hollande described the attack as a "cowardly assassination," and Pope Francis expressed dismay at the "pain and horror of this absurd violence."