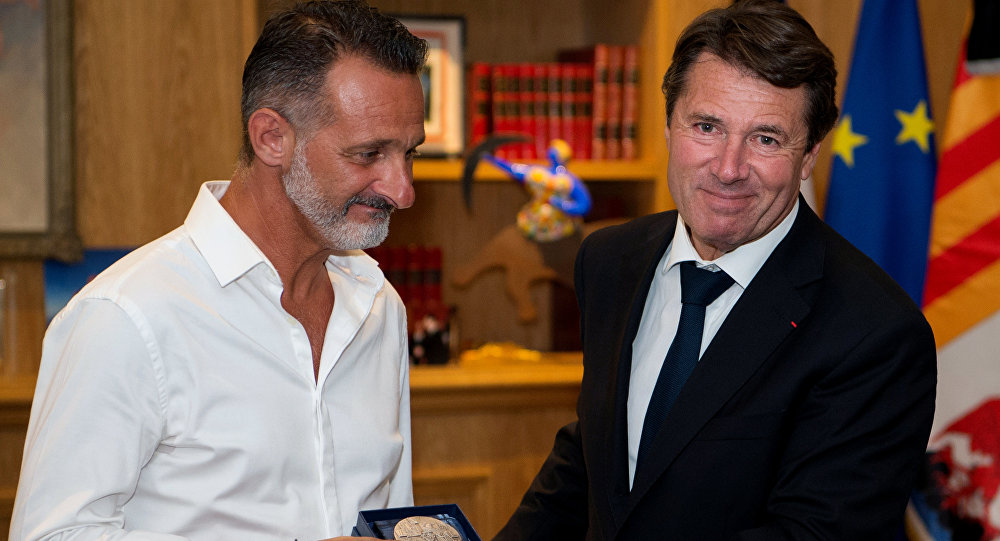 Frenchmen Show Thanks to Man Who Attempted to Stop Nice Attacker

On July 26, according to France Info, French people are collecting money for a new scooter for Frank, the man who tried to stop the terrorist during the recent attack in Nice.

The campaign “scooter for the hero” was organized by two locals of the Manche department. They explained that, first of all, want to thank the hero, and secondly, be just. The two understand that there will be no insurance compensation for Frank’s lost bike as he actually rode his scooter under the truck wheels, and this is definitely not the insurer’s fault.

© AFP 2019 / Valery HACHE
Heroes Among Us: How Motorcyclist and Police Officer Tried to Stop Killer-Truck in Nice
The original plan was to collect 9 thousand euro but the donation sum reached 21 thousand and is still growing. Surplus funds will be directed to medical centers in Nice and to rescue services.

Frank works as a customs officer at the Nice airport.

On July 14, Frank and his wife travelled to the Promenade des Anglais to admire the Bastille Day fireworks.

When he saw the truck driving through the crowd of people gathered on the Promenade des Anglais, the motorcyclist got on his scooter and tried to stop the terrorist.

© Sputnik /
French Police Detain Two More People in Nice Attack Investigation
Unfortunately, even after having thrown the bike under the truck’s wheels, it was not enough to stop the terrorist.

For his heroism, Frank was awarded a medal from the Nice authorities.

The terrorist attack was committed by 31-year-old Mohamed Bouhlel, a resident of Nice of Tunisian origin. He drove a truck into the crowd and began to run over pedestrians. More than 84 people were killed, including children, and many were injured.