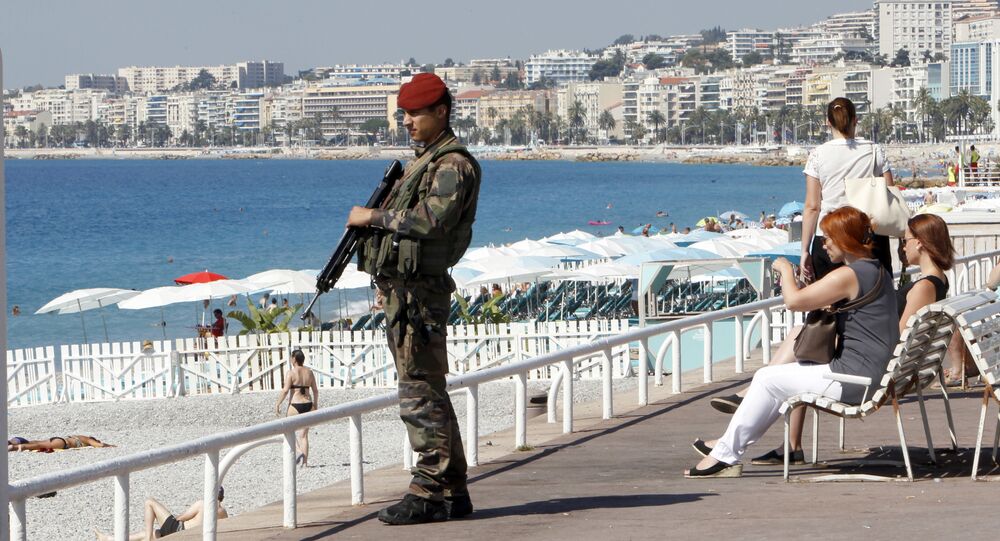 Number of Tourists Vacationing in EU Declines After Terrorist Attacks

Following the recent terrorist attacks in Germany and France, a sharp decline in air ticket and hotel bookings has been registered all across Europe, WSJ reported.

The attacks following one after another in recent weeks forced thousands of tourists who were going to visit European countries to quickly change their plans.

In spring 2016, media warned that Daesh terrorists were planning terrorist attacks in European holiday resorts to intimidate people and cause panic among Europeans.

© AFP 2021 / Andreas Gebert / dpa
Extremist Attacks on the Rise in Europe, But Brussels 'Ignores' the Threat
On July 14, a truck rammed into a large crowd celebrating Bastille Day in Nice. At least 84 people, including children, were killed and hundreds of others were injured.

A series of terrorist attacks also took place in Germany.

On Friday, an 18-year-old German-Iranian man opened fire in a crowded Munich shopping mall and a nearby McDonald's, killing nine and injuring over 30 others before committing suicide. German police denied rumors connecting the perpetrator to terrorist organizations.

On Sunday, a Syrian national whose asylum application had been turned down and who was to be deported to Bulgaria after living in Germany for a year, detonated a bomb in the Bavarian city of Ansbach, killing himself and wounding 15 bystanders.

The same day, another Syrian refugee killed a female colleague with a machete in the southern city of Reutlingen, near Stuttgart.

However, fear of terrorist attacks is not the only factor contributing to the decline in tourism, expert.ru reported. According to WSJ, economic troubles have also negatively affected the EU tourist industry with a growing number of Europeans finding it increasingly difficult to spare money for their holidays.

© AFP 2021 / VALERY HACHE
Europe's Top Tourist Resorts at Highest Threat Level From Terrorists
Moreover, an almost 9 percent drop in the exchange rate of the pound sterling against the euro, which was triggered by the referendum on Britain's withdrawal from the EU, increased the cost of holidays for the Brits, which are the continent's second largest tourist group after the Germans.

On June 23, the United Kingdom held a referendum on leaving the European Union. According to the final results, 51.9 percent of voters, or 17.4 million people, decided to support Brexit, while about 16.1 million opposed it.