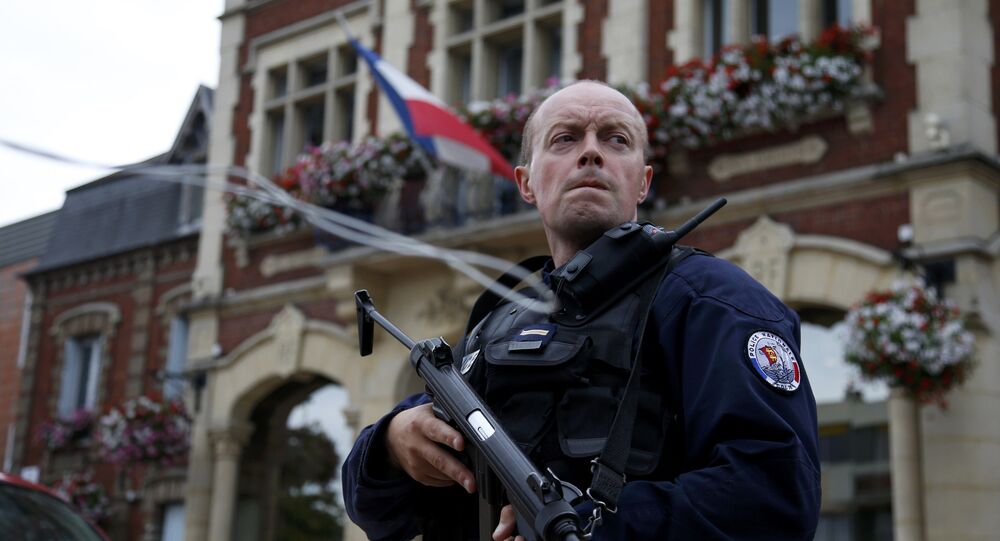 The Daesh terrorist group has claimed responsibility for hostage taking in a church in France's Normandy which resulted in the death of an 87-year-old priest.

The Daesh-controlled Amaq news agency said that the attack was carried out by two militants of the group in response to France's role in the US-led anti-terrorist coalition.

According to the France Info news outlet, both attackers were killed by police.

French President Francois Hollande has met with the family of the deceased and expressed his support for all Catholics.

"The pope… shares the pain and horror of this absurd violence," Vatican spokesman Federico Lombardi said as quoted by AFP, adding that the attack created "immense pain and worry".

Daesh is notorious for its human rights atrocities and brutal tactics, such as public beheadings and the stoning of women.