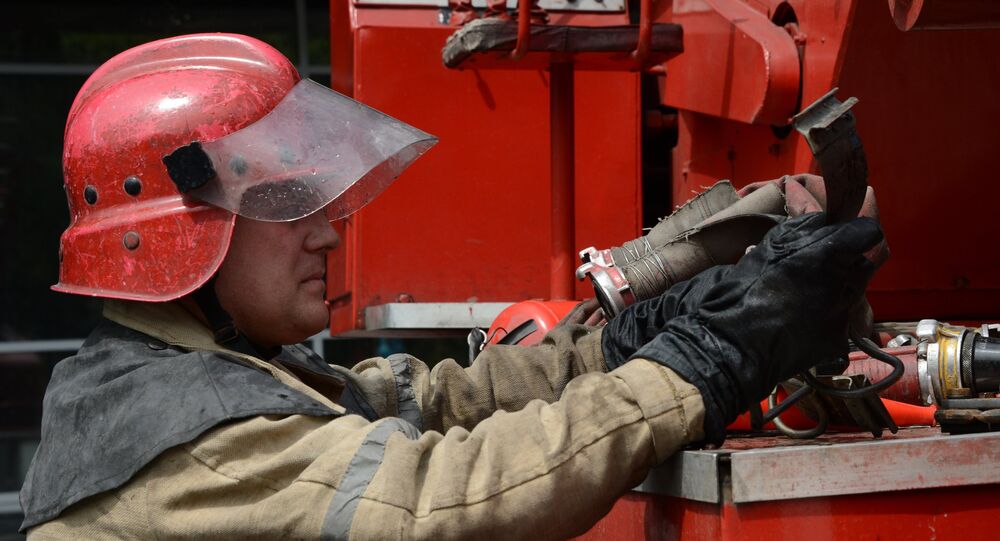 Twelve people were hospitalized Tuesday after an explosion at an arms factory in the city of Shirvan in eastern Azerbaijan, a representative of a local hospital said.

"The twelfth person injured as result of the explosion has been delivered [to the hospital]. His condition is grave," the representative told RIA Novosti.

Six people have been critically injured in an arms factory explosion in the eastern Azerbaijan city of Shirvan, the Ministry of Healthcare of Azerbaijan Republic told RIA Novosti on Tuesday.

The victims have been transported to the Shirvan central hospital, their condition assessed as grave, the ministry’s press service said.

Witnesses described hearing a loud explosion, followed by fire and intermittent blasts at the factory’s warehouse facilities, said to belong to the Ministry of Defense Industry of Azerbaijan.

Residents of nearby areas were evacuated.

Azerbaijan Ready for Constructive Proposals on Talks With Armenia