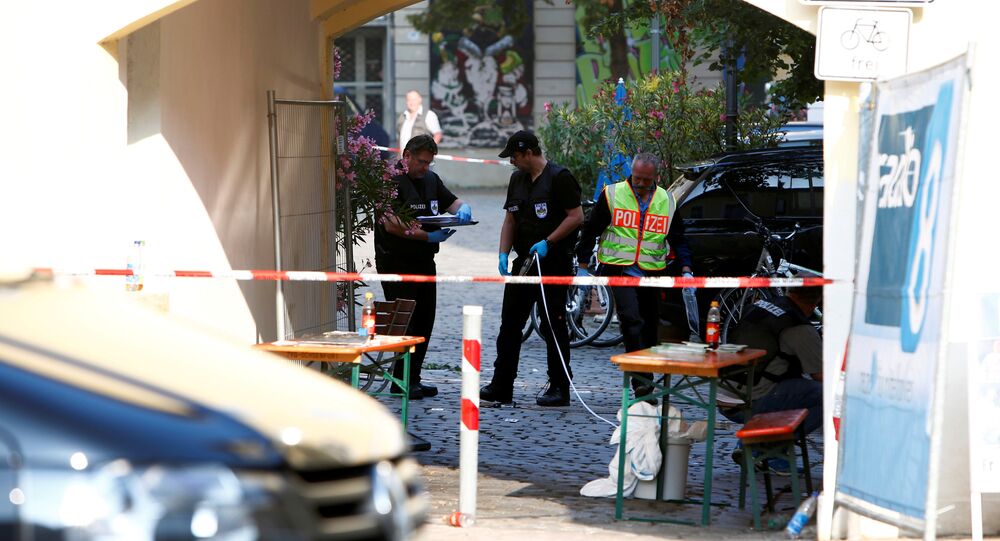 The US Army Garrison Ansbach in Germany is boosting security measures following a recent suicide bombing.

WASHINGTON (Sputnik) — The US Army Garrison Ansbach in Germany is reinforcing its security after a recent terror attack in the city, a statement from the garrison’s public affairs office said on Monday.

"In light of last night’s incident, to reinforce the security of our community members, force protection measures will be modified at US Army Garrison Ansbach," the statement noted.

© AP Photo / Lefteris Pitarakis
Common Traits Homegrown Killers Such as Breivik, Munich Shooter Share
Certain gates at the garrison will be closed, causing delays for people coming in and leaving the garrison, the statement added.

A Syrian national, whose asylum application had been turned down and who was about to be deported to Bulgaria after living in Germany for a year, detonated a bomb late Sunday, killing himself and wounding 15 others.

Bavarian Interior Minister Joachim Herrmann said the refugee who blew himself up pledged loyalty to the Daesh leader in a video found on his cellphone.

German Security Agencies Had No Info on Ansbach, Reutlingen Attackers