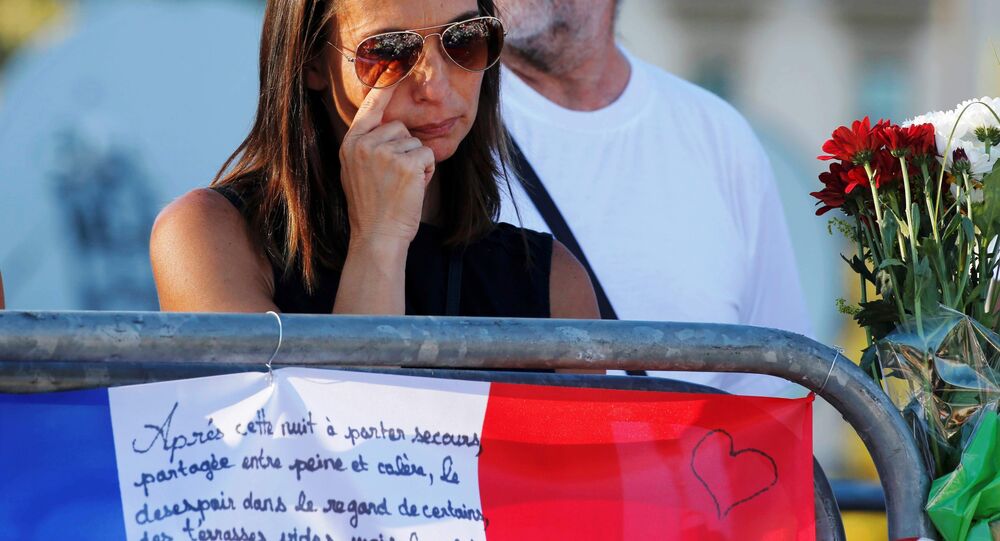 Victims of both the Nice atrocity, in which 84 people were killed by a man driving a truck through crowds on Bastille Day, and the Paris attacks of November 13, in which 130 died and hundreds more were injured in a series of attacks, are considering legal actions against the state.

© AP Photo / Claude Paris
Nice Politician Accuses French Interior Ministry of Bastille Day Cover-Up
The victims of the Nice attack claim that security and policing on July 14 were lax and that there were nowhere near enough police deployed on a state holiday when thousands of people would be on the streets at a time of a high terror threat.

The driver of the 19-ton truck plowed into crowds along the promenade in Nice, despite heavy vehicles being banned on public holidays in France and those over 3.5 tons being barred from the promenade all year round. There was also criticism of the police for not deploying enough forces to secure the event or prevent vehicles entering the pedestrian zone.

According to France 24, lawyer Samia Maktouf — whose clients already include relatives of victims of the November 13 terrorist attacks in Paris, in which 130 people were killed — said she had been contacted by people injured in the Nice attack and their families to file lawsuits against local authorities and the French state.

"These people are shocked, sickened, they simply cannot understand how it was possible for such a large truck to drive freely around town on the night of our national holiday," Maktouf said.

​She is representing 17 families of victims of last November's Paris attacks and plans to take action against the French and Belgians for "the very serious security dysfunctions" that led to the attacks.