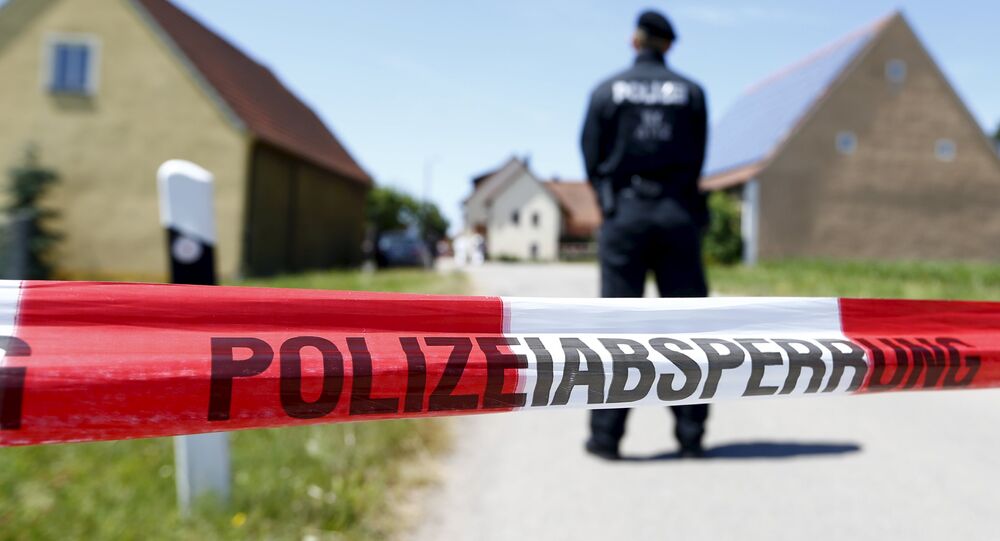 One person was killed, twelve others were injured (three of them having sustained severe injuries) by an explosion that hit a restaurant in the south German city of Ansbach in the federal state of Bavaria, local media reported.

MOSCOW (Sputnik) – The incident took place at 10:00 p.m (20:00 GMT) in the central part of the city, not far away from a place where a music festival took place at the weekend, Suddeutsche Zeitung.

The local police has confirmed the number of victims.

​The explosion occurred in front of a wine restaurant in the old town. Police have cordoned off the area around the restaurant and the crime scene on the spot.

​Causes of the explosion remain unknown.

Police representative was speaking about a gas explosion as a possible reason of the blast, according to the local newspaper Nürnberger Nachrichten.

"The only thing I know is that there has been an explosion," police spokesman Michael Konrad said. "I can not confirm anything else."

The eyewitnesses say that the large area of the city center is closed at the moment.

BREAKING: Bavarian interior minister on way to Nürnberg after blast in Ansbach, acc. To @sueddeutsche_de. At least one dead, nine hurt