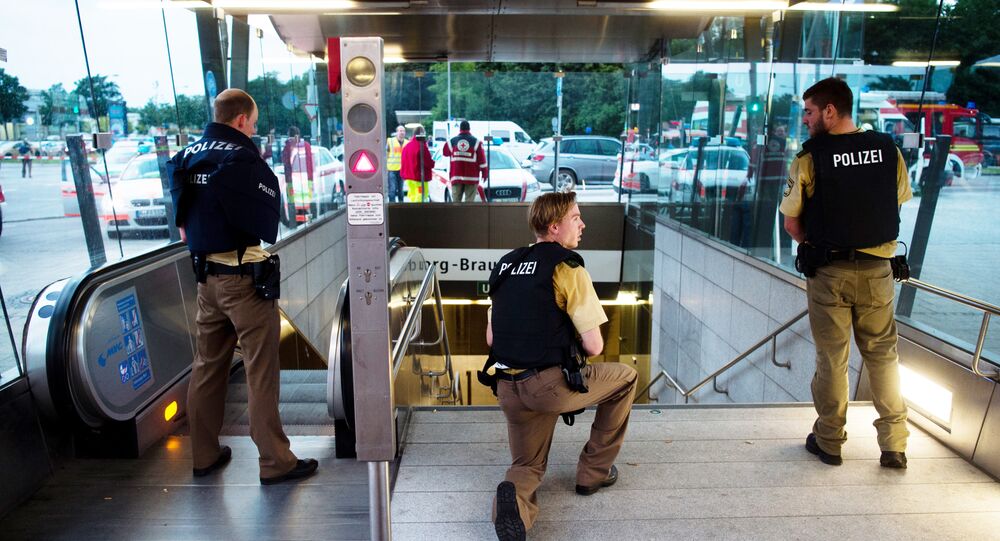 Munich Police arrested 16-year-old youth in connection with the shooting, which took place at the Munich Olympia Shopping Mall on July 22, police stated in Twitter.

According to the police, he was a friend of the "Munich shooter" and did not inform the police about the gunman plans, although he probably knew about them in advance.

According to police, the detained boy may have been involved in inviting people to the McDonald's restaurant, where the shooting later took place, via Facebook.

In a statement on Facebook, the Munich police said that the boy is an Afghan national, correcting the previously posted information that he is a German citizen.

He was reportedly questioned by police straight after the shooting on Friday. The investigation later revealed contradictions in his statements, the police said.

​German police believes that there was no political motive behind the Munich mall shooting, while it has been confirmed that the suspect was under psychiatric supervision, Munich Prosecutor's Office spokesman Thomas Steinkraus-Koch said Sunday.