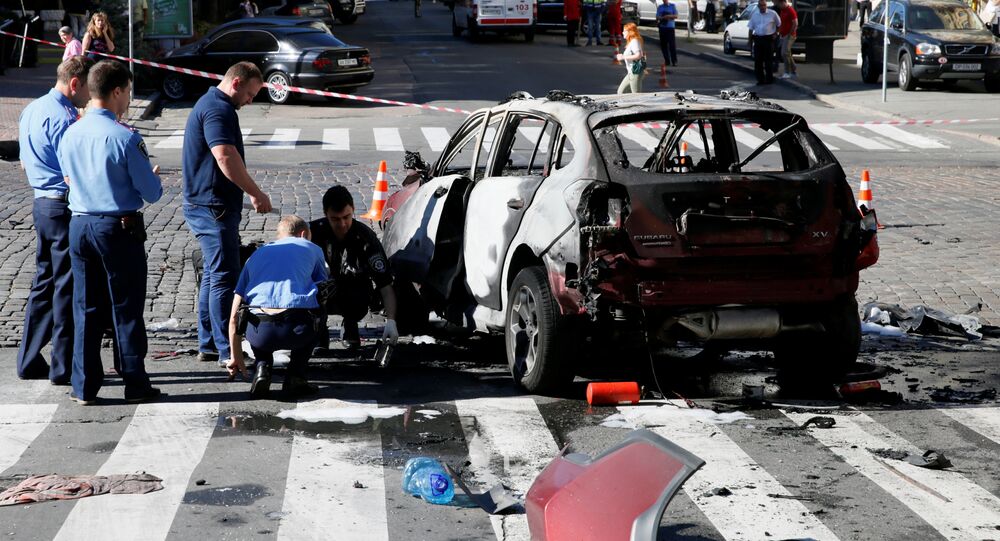 UNESCO Director-General Irina Bokova condemned the murder of award-winning journalist Pavel Sheremet and called on the authorities to bring those responsible to justice.

© AP Photo / Dmitry Lovetsky
Russia Hopes Ukraine Can Put an End to Killing of Journalists
“I condemn the murder of Pavel Sheremet and I urge the authorities to do everything possible to investigate this crime. In the interest of freedom of expression and freedom of information, it is important that those responsible for the murder of Pavel Sheremet are brought to justice,” Bokova said.

Sheremet was killed in a blast when a car he was traveling in blew up in the heart of the Ukrainian capital. The Interior Ministry said the explosion had been caused by a bomb, probably remote-controlled.

He was killed in a car bomb in the capital of Ukraine, Kiev on July 20. Sheremet was the winner of awards in journalism; he was awarded by the Committee to Protect Journalists and the Organization for Security and Cooperation in Europe (OSCE).

In accordance with Resolution 29 “Condemnation of violence against journalists” adopted by UNESCO Member States at the General Conference of UNESCO in 1997, UNESCO Director-General makes statements in connection with the killings of media workers.

These statements are published on a special web page of the “UNESCO condemns killing of journalists.”

Earlier, US Department of State spokesperson John Kirby spoke about the murder in a press release saying that the murder of prominent journalist Pavel Sheremet in Kiev is unacceptable in a country that deems itself to be free and democratic.

Sheremet, Kirby noted, played a crucial role in Ukraine’s democracy by reporting on issues critical to the public, including corruption and governance.