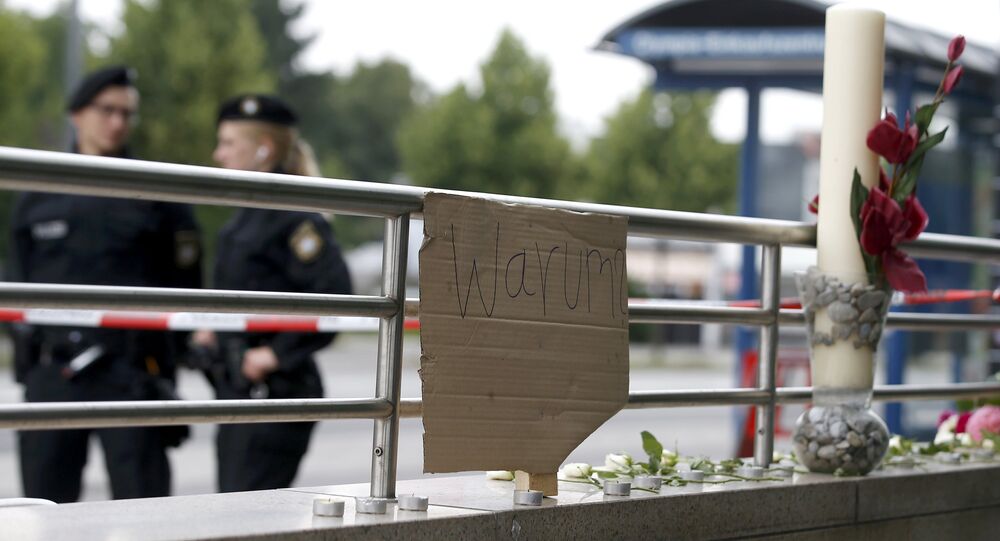 Europeans Paying With Their Lives For EU Migration Policy Gamble

The recent terrorist attacks across Europe are a direct consequence of the EU's policy toward migrants and "the experiment of EU authorities over its population," the website politrussia.com wrote.

For instance, the terrorist responsible for the attack in Nice had lived in France for a long time. This once again confirms the failure of the integration strategy in its current form and the inability of EU authorities to properly assess security risks, the website reported.

According to the media source, supporters of the "open door policy" toward migrants and multiculturalism are responsible for the tragedy in Nice.

"Mourning for the victims of the terrorist attack on their side looks like hypocrisy of the highest level," the media source wrote.

© AP Photo / Claude Paris
No French Official Punished Following Paris, Nice Terror Attacks – Lawmaker
On July 14, a truck rammed into a large crowd celebrating Bastille Day in the French city of Nice. At least 84 people, including children, were killed and hundreds of others were injured. The attack was carried out by a 31-year-old French-Tunisian, who according to some reports, was loyal to the Daesh terror network.

According to editor-in chief of the magazine "National Defense" Igor Korotchenko, the shooting in Munich once again demonstrates the short-sighted migration policy of the EU and incorrect assessment of security threats. In contrast to reports of the local police, he also argues that the perpetrator is likely to have connections with Daesh terrorists.

"I am sure that the IS [Daesh] was behind the events in Munich. The mass murder of people in the European city should be classified as a terrorist act. Today the whole Europe is at risk; it is a direct consequence of the fact that the EU politicians have disorganized their secret services, claiming that the main European threat today is Russia," Korotchenko told RIA Novosti.

© REUTERS / Michael Dalder
Military Police Put on Alert in Munich After Deadly Mall Attack
A similar opinion was expressed by the president of the association of veterans of anti-terror unit "Alfa" Sergey Goncharov. According to him, Europe will soon face hard times, if their intelligence agencies cannot fulfill their duties and ensure the safety of their citizens.

"Europe will face hard times. One of the best intelligence services in Europe and worldwide is unable to fulfill its duty to ensure the safety of its citizens because of the uncontrolled flow of refugees and people arriving in Europe and in Germany in particular," Goncharov said.

Europe has been beset by a massive refugee crisis, with hundreds of thousands of undocumented migrants fleeing their home countries in the Middle East and North Africa to escape violence and poverty. Some 1.8 million illegal border crossings were detected by the EU border agency Frontex in 2015.

Finland Not Main Target of Terrorists Despite Increased Threat in Europe