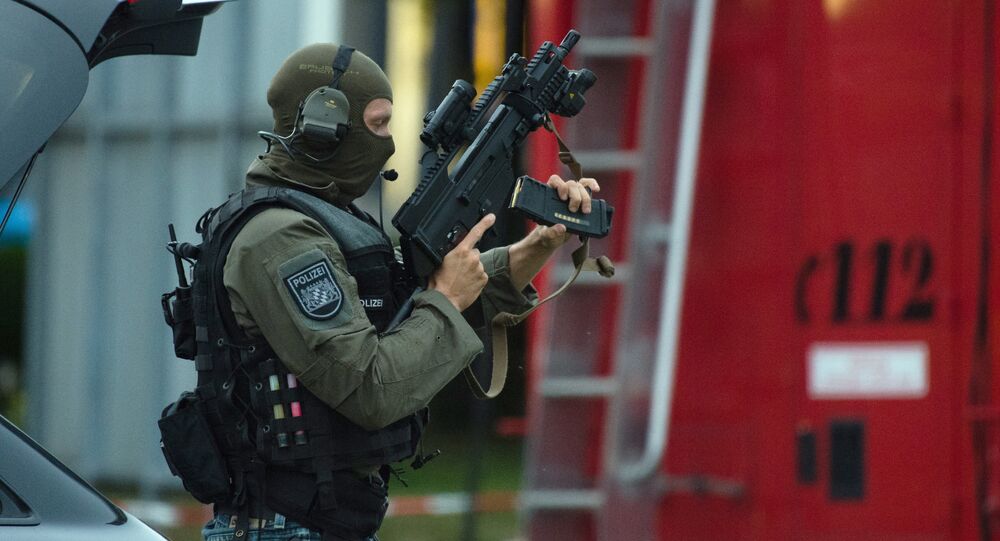 While the shooting on a mall in Munich has been described as a terrorist attack, police say there is no apparent link with Islamic terror.

The shooter has been identified as being 18 years old and German citizen of Iranian origin. An eyewitness told German media that one of the attackers, outfitted with military-style boots, screamed "Scheib Auslander," German for "F**king Migrants."

Also, a video posted on social media shows a suspect on the roof of the mall shooting and saying "I am a German," according to German newspaper Abendzeitun-Muenchen.

Locals suggest that the mall targeted was known as a spot where migrants often met. The shopping center was also near the Hasenbergl district, which hosts a large immigrant population.

The shooting left at least 10 people dead and 20 injured and launched a citywide manhunt. A police spokesman said that as many as 100 people witnessed the shooting attack.

Authorities have confirmed that one of the victims was a suicide and that there is a high probability that the shooter acted alone, refuting earlier claims of multiple shooters. Bavarian broadcaster BR says that a dead man found near the scene of the shooting had a red backpack similar to the one seen in possession of the shooter at McDonalds.

A state of emergency has been declared.