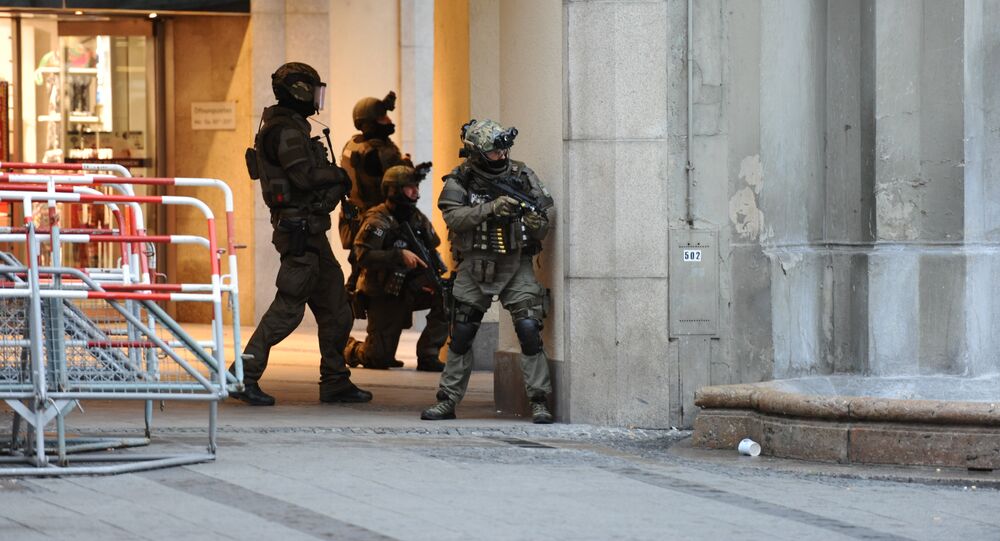 One of the Munich Gunmen Commits Suicide - German Media Reports

German Newspaper Bild reports that at least one shooter involved in Friday's attack at a Munich shopping mall that has left 10 dead and several wounded has shot himself in the head.

UPDATE: Police confirm that there are at least 10 people dead in the Munich shooting attack reports RIA. The body of one of the deceased, found 1 km (0.6 miles) from the scene of the attack, is believed to be that of the shooter, who committed suicide. Police say there is a high probability that he acted alone, and has been identified as being 18 years old and a German citizen of Iranian origin. Police say he used a pistol, despite earlier reports that a the shooter was seen with a long rifle.

Bavarian broadcaster BR reports that the dead man found near scene of shooting had a red backpack similar to that used by the shooter at McDonald's. Police bomb squad units used a robot to investigate the backpack, but no explosives were found.

Reports initially stated that there were as many as three gunmen.

A state of emergency was declared as authorities conducted a manhunt across the city.

Germany's federal police anti-terrorist units were deployed to Munich to aide in the search.