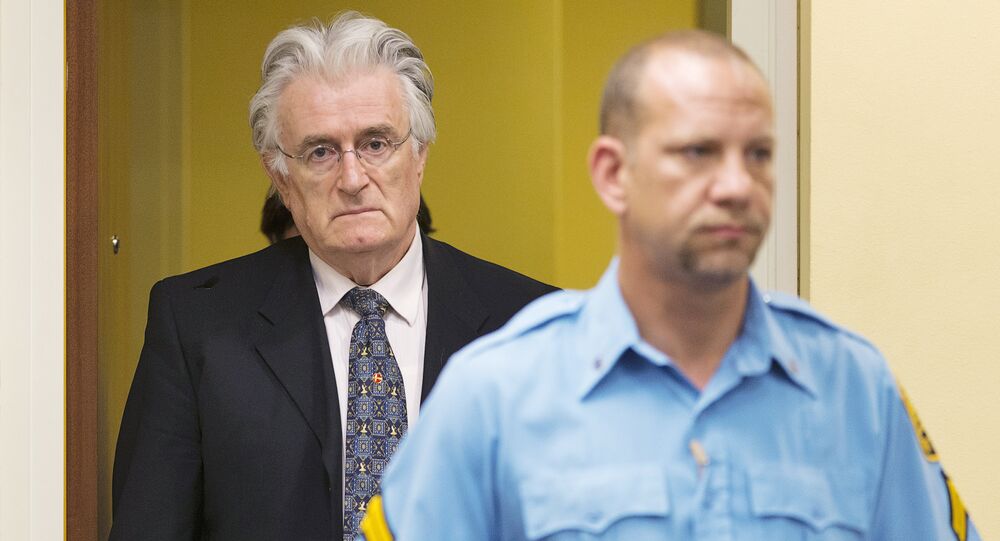 The motion to overturn the 40-year prison sentence comes four months after it was handed down to him by the tribunal for the former Yugoslavia (ICTY). The 71-year-old was found guilty in March of crimes against humanity and breaching laws of war.

"President Karadzic did not receive a fair trial," the filing made public by the lawyer stated. It criticized the Trial Chamber’s "double standard" in handling his case and its reliance on "debatable inferences, instead of solid evidence."

© REUTERS / Robin van Lonkhuijsen/Pool
Moscow: Karadzic Sentencing Too Harsh, Looks Like Score-Settling
In the appeal lodged with the UN Mechanism for International Criminal Tribunals (MICT), Karadzic claimed that the Hague court had sided with the prosecution in granting its requests, while denying similar requests when made by his defense, and admitting "untested written evidence of huge swaths of the prosecution’s case."

"Nowhere was this error more pronounced than in [court’s] finding, based upon its interpretation of a cryptic intercepted conversation, that President Karadzic shared the intent to kill the prisoners from Srebrenica and was therefore guilty of genocide," the appeal reads.

Some 8,000 Muslim men and boys are estimated to have been killed in the Bosnian town of Srebrenica in 1995 after it was occupied by the army of Republika Srpska.