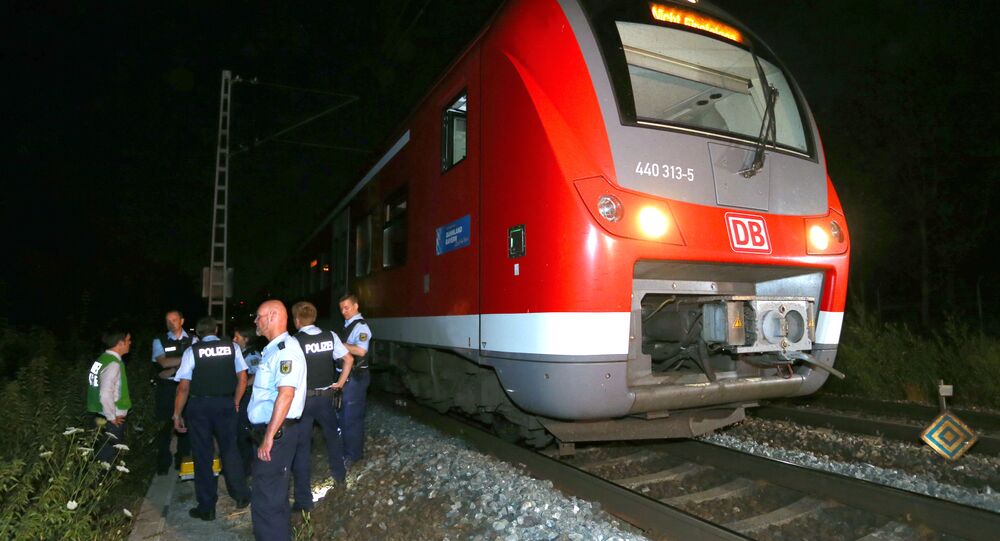 There is high level threat of attacks on German trains, according to German Federal Criminal Police Office (BKA).

On Monday, an Afghan refugee attacked train passengers in southern Germany with an axe and wounded up to five people. The police shot the attacker dead.

The BKA said that there is high level threat of attacks on German trains, the Focus weekly magazine reports. The agency noted that German security services would focus on security threats for German railways.

© REUTERS / Stringer/Files
Daesh Takes Responsibility for German Train Axe Attack - Reports
The BKA added that the recent attack could result in an outbreak of violence against asylum seekers.

On Wednesday, German Interior Minister Thomas de Maiziere said that the security situation in the country is very serious and warned of possible attacks that might be perpetrated by terrorists, including Islamist “lone wolves.”