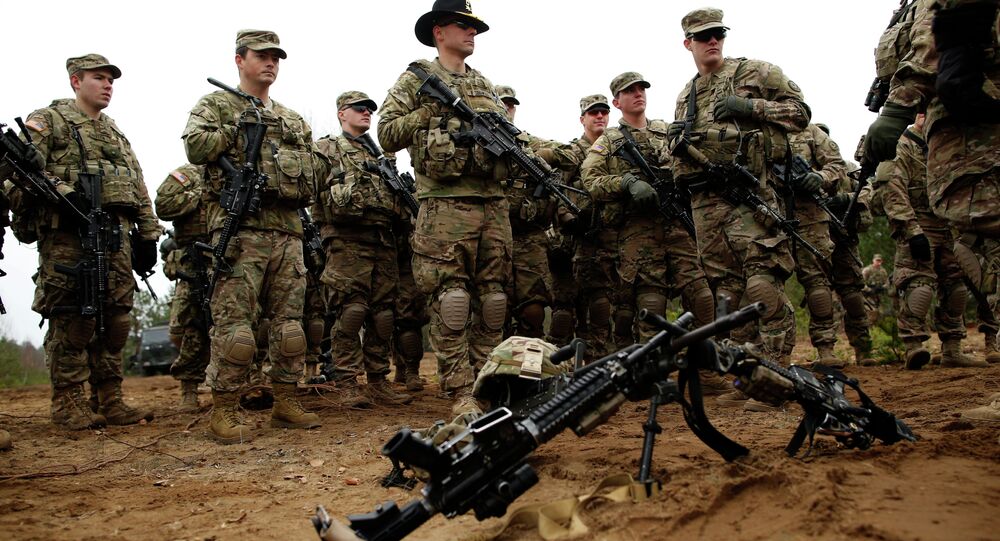 Croatia will join a NATO battalion that will be stationed in Lithuania from next year, Croatian President Kolinda Grabar-Kitarovic said Thursday.

© AFP 2021 / PATRICK HERTZOG
Lithuania Denies Existence of Secret CIA Prison Before ECHR
VILNIUS (Sputnik) – At the NATO summit in Warsaw on July 8, the Alliance's secretary general, Jens Stoltenberg, said that the military bloc would strengthen its presence in Eastern Europe on a rotational basis with four battalions in Poland and in the Baltic nations.

The United States will lead the troops in Poland, while the United Kingdom will head the battalion in Estonia, Germany the one in Lithuania, and Canada that in Latvia.

“We decided to send a group of military that will cooperate with the German military and will be stationed in Lithuania,” Grabar-Kitarovic said at a joint press conference with her Lithuanian counterpart Dalia Grybauskaite.

Belgium to Send 150 Servicemen to Lithuania for NATO's New Battalion