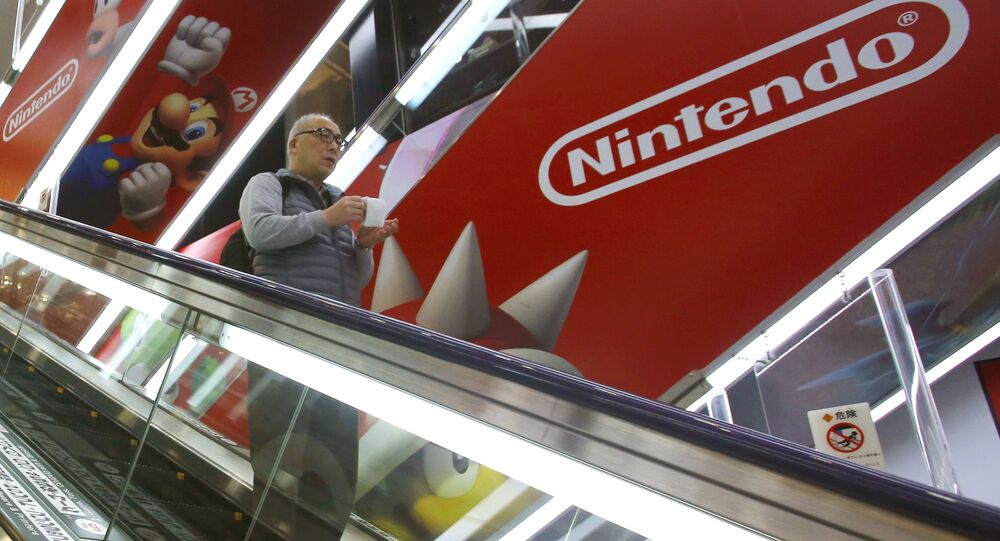 © REUTERS / Toru Hanai
Pokemon Go(t) to Be Careful or You'll End Up Like These Folks
MOSCOW (Sputnik) — The Japanese video-game company Nintendo, which released the Pokemon Go mobile game that is now gaining incredible popularity across the world, needs to be extremely careful about the new privacy regime that has been established in the European Union, Simon Davies, founder of Privacy International and co-director of privacy activist group Code Red, told Sputnik on Wednesday.

Pokemon Go is a free augmented reality mobile game where the picture displayed on the smartphone screen is projected onto real-world locations. The main aim of the game is to catch a Pokemon, a pocket monster.

"The game has sparked concern in Europe, where a potent new privacy regime has recently been established. Nintendo needs to be very careful about how it sets the game’s privacy defaults or it risks legal actions both inside the US and – most acutely – in Europe," Davies said.

The European Union's new General Data Protection Regulation for protecting personal data within the bloc entered into force on May 24, 2016, "to give citizens back control over [the use] of their personal data."

© REUTERS / Issei Kato
From Mario Bros to Pokemon Go or the Comeback of Nintendo
Earlier in July, the EU member states approved the agreement on the exchange of commercial data between the European Union and the United States. The new agreement, known as the EU-US Privacy Shield, replaces the deal known as the 2000 Safe Harbour, and is aimed at providing a framework for commercial data exchange that will ensure a high level of protection for individuals and legal certainty for businesses operating in the European Union and United States.

Indonesia has already banned police and military personnel as well as staff of the presidential palace from playing Pokemon Go while on duty. Earlier this week, the US government issued a warning to military and intelligence personnel to play the mobile game carefully to avoid leaking sensitive geolocation data, while some Arab countries warned residents that the app's geolocation features may be used by criminals to target victims, adding that players of the game were vulnerable to hacker attacks.