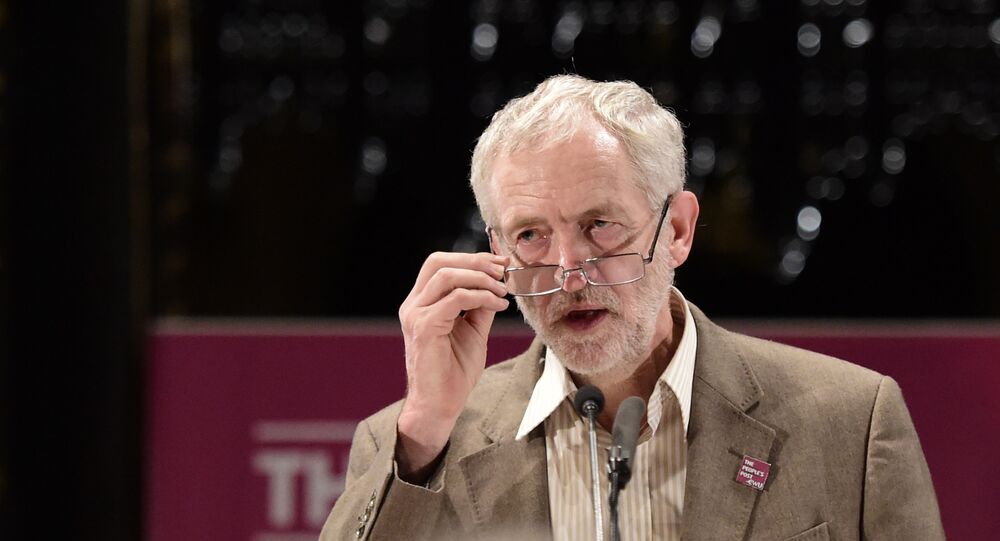 In June, Corbyn faced a motion of no confidence and saw half of the shadow cabinet resign in protest at what they claimed was his inability to lead the main opposition party after Brexit. Corbyn refused to resign and said he would take part in the party leadership election due to take place on August 22.

"We [Labour] are in a really difficult position now. In this leadership election Corbyn is very likely to win comfortably. But at the same time he will not have the support of his members of parliament…. If this happens, then Labour MPs will have to accept the outcome of this leadership election, get behind him and campaign to win in 2020," Chilton said.

© AFP 2021 / BEN STANSALL
UK Labour Party Set for Crucial Leadership Race Amid Deep Divisions
Corbyn has never had the support of the majority of Labour parliamentarians, Chilton explained. Many of those who nominated him in the 2015 leadership contest, later admitted they did so in order to allow the Labour leader get on ballot to widen the party debate.

"But he has got enormous support among Labour party members," Chilton added.

Aside from Corbyn, former Shadow Secretary of State for Work and Pensions Owen Smith will be included on the ballot.