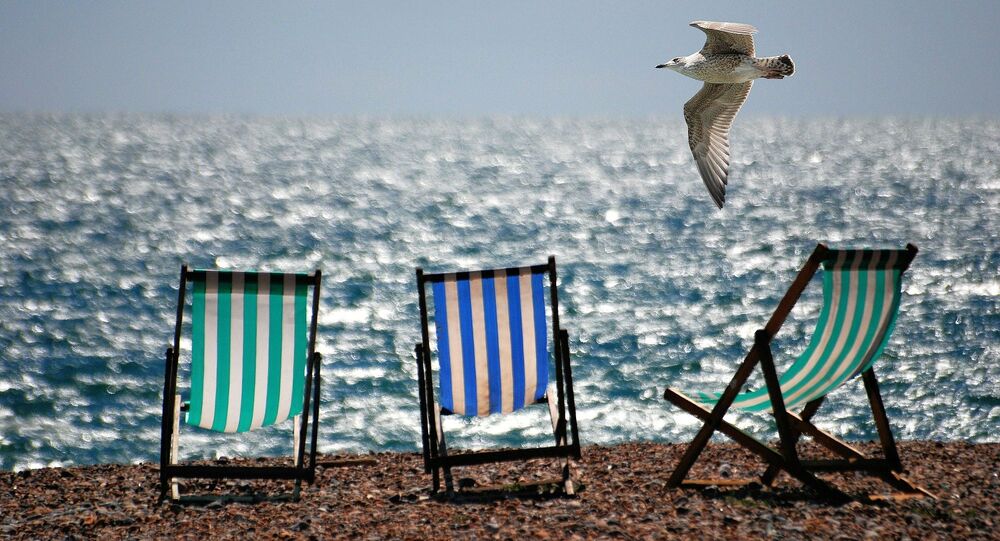 Ah, Britain's favorite subject, the weather. Yes, it's hot in the UK and its summer but it seems the only ones celebrating such a phenomenon are seagulls.

Apparently, seagulls in Brighton have been getting drunk on flying ants which swarmed in when the temperatures shot up.

There are flying #ants in the #UK that cause #seagulls to appear #drunk!
#mce_temp_url#
Keep both away:https://t.co/9zCu8UK6rn pic.twitter.com/f2z51AALHK

According to Rebecca Nesbit, and entomologist with the Society of Biology, the ants produce a formic acid with can "stupefy" the gulls which some people believe make them appear drunk.

Brighton tabloid the Argus reported scores of seagulls congregating in roads, narrowly missing cars and stomping around parks on the lookout for leftover kebabs. Sounds like a familiar Saturday night in Brighton.

Brighton Station closed due to overcrowding on hottest day of the year — https://t.co/0TVtN4KGyM pic.twitter.com/z6AB8ZxrPB

As for larking about beside the river, a water fight by the Serpentine turned pretty nasty as revelers unraveled in the heat and turned on police.

@SunshineLOFC well a planned waterfight by lots of yoofs by the serpentine turned violent someone called coppers.

Meanwhile, London tabloid Daily Express, a publication partial to reporting on Britain's extreme weather conditions, warned that roads could melt and railway lines will buckle due to the heat.

And despite the heatwave lasting for about three days, London tabloid The Mirror, warned that soaring temperatures "could leave the UK facing an invasion of killer jellyfish."

#Hottestdayoftheyear and #scorchio trended on Twitter as social media witnessed a very British meltdown over the weather.

Your employer has a duty to keep the temperature at a comfortable level https://t.co/Y8kieBJsu3 #hottestdayoftheyear pic.twitter.com/PxYSKS5BEL

And it seemed on the hottest day of the year — some Brits resorted to anything to cope with the heat.

Brits across the country are finding ways to cope with the #hottestdayoftheyear pic.twitter.com/ZOzJS98iW6