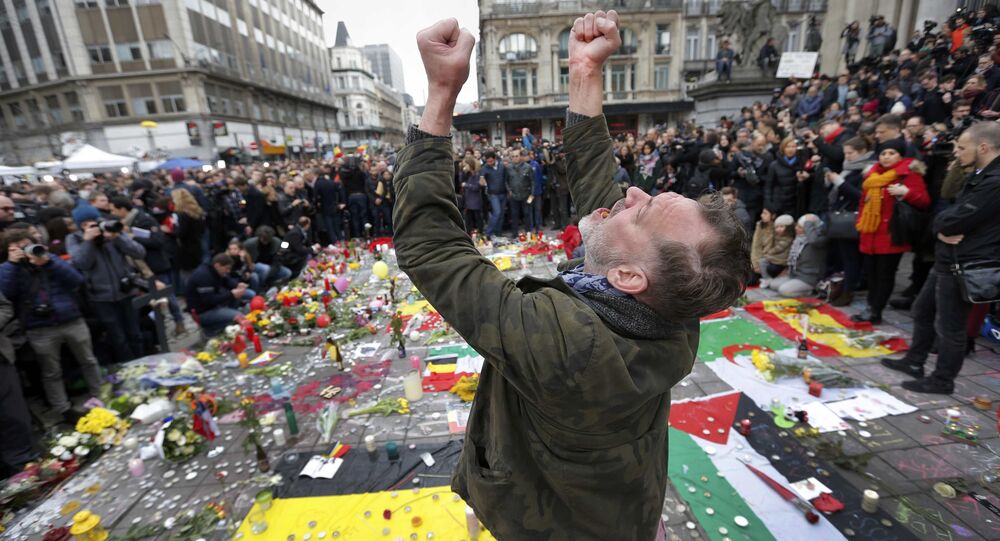 © REUTERS / Amit Dave
Paris Prosecutor Says All Those Killed in Nice Attack Identified
MOSCOW (Sputnik) – A total of 211 failed, foiled and carried out terrorist attacks left 151 people dead and more than 360 injured in the European Union in 2016, the European Police Office (Europol) said in a report issued on Wednesday.

“In 2015, 151 people died and over 360 were injured as a result of terrorist attacks in the EU. Six EU Member States faced 211 failed, foiled and completed terrorist attacks,” it was stated in the press release to accompany the release of the European Union Terrorism Situation and Trend Report’s (TE-SAT 2016).

© AFP 2021 / John Thys
Juncker Pledges to Fight Terrorism Inside, Outside EU After Nice Attack
It was specified in the report that the six countries that suffered terrorist attacks last year were: Denmark, France, the United Kingdom, Greece, Italy and Spain.

“In 2015 the European Union experienced a massive number of casualties caused by terrorist attacks. In this context, Europol made use of its unique capabilities to focus on supporting operational investigations to prevent terrorist attacks and identify and disrupt terrorists. The increased cooperation resulted in a much richer strategic intelligence picture, strengthening the 2016 TE-SAT report and Europol’s ability to advise political leaders and legislators and inform national authorities in the setting of threat levels,” Europol Director Rob Wainwright said in a foreword to the report.

The data in the report showed that 1,077 people were arrested for terrorism-related offenses in 2016, 424 of whom were arrested in France.

Two trends influencing the security situation in Europe were identified in the report: the rise in nationalist, racist and anti-Semitic sentiment across the European Union and the increasing number of terrorist fighters returning to EU countries.

The report found, however, that there was no evidence of terrorists systematically exploiting the ongoing influx of refugees and migrants to reach Europe.

Juncker Pledges to Fight Terrorism Inside, Outside EU After Nice Attack