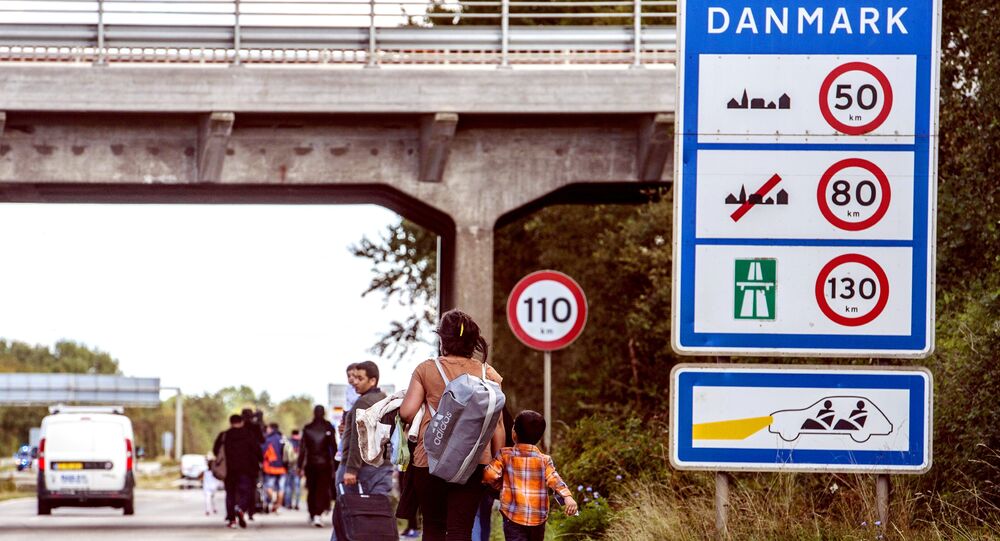 The Swedish Parliament has adopted a new law which limits asylum seekers' possibilities of being granted residence permits and being reunited with their families, according to the Swedish Migration Agency.

© AFP 2021 / JONATHAN NACKSTRAND
The Gifted 500: Fraction of 163,000 Swedish Refugees Find Work
STOCKHOLM (Sputnik) — Swedish authorities have toughened the rules for granting a residence permit to immigrants as the relevant law came into force, the Swedish Migration Agency said on Wednesday.

"The Swedish Parliament has adopted a new law which limits asylum seekers' possibilities of being granted residence permits and being reunited with their families. The new law entered into force on 20 July 2016, but it will also affect those who applied for asylum before 20 July. The new law is temporary and will apply for three years," the agency said in the statement.

Adoption of the law was one of the government's measures to restrict migration after a record influx of refugees in 2015.

Europe has been experiencing a major migrant crisis, as hundreds of thousands of people flee conflict-torn states in North Africa and the Middle East in an effort to find a better life in European states.