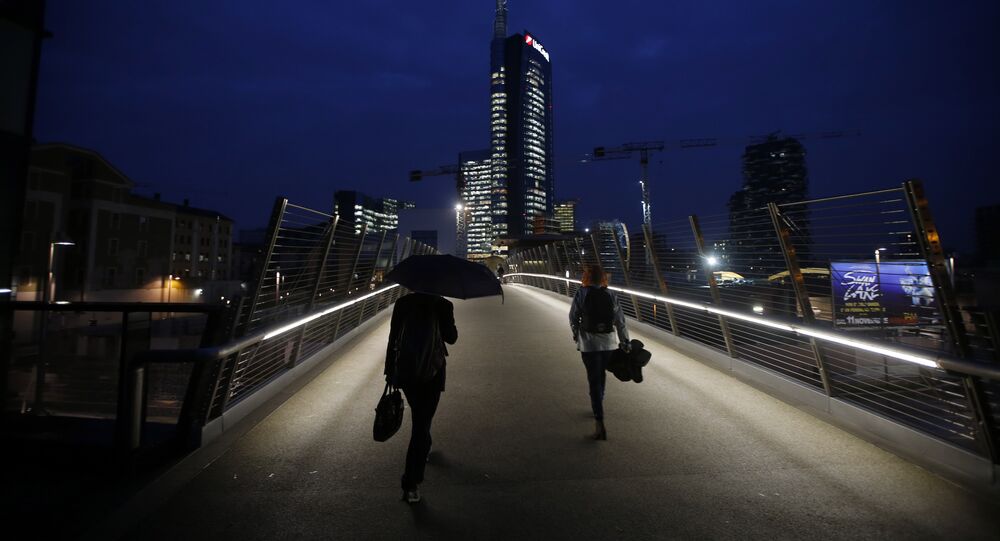 The problems that Italy’s major banks have been facing recently could well cost Prime Minister Matteo Renzi his post, push the country towards an Italexit scenario and wreak havoc on the whole European banking sector, according to financial analysts.

© Sputnik / Alexander Vilf
'A Bomb Waiting to Explode': Crisis in This EU Country May be Bigger Problem Than Brexit
According to a recent report published by the International Monetary Fund, Italy Selected Issues, Italian banks have about €360 billion ($525 bln) in nonperforming or bad loans on their balance sheets. This sum is equal to about 25 percent of Italy's GDP.

© AP Photo / Michael Probst
European Financial System is 'Nearing a Grand Catastrophe'
So he wants to organize a government bailout of Italian banks, injecting $45 billion into the banks to provide the cushion they need to ride out a wave of loan defaults.

© Photo : Pixabay
‘We Don't Need Notations’: EU Member States Mutiny Against Bloc's Rules
The agency urges the EU “to act fast to change the vernacular of austerity that has alienated voters and restricted the ability of national governments to put together policies for growth. Italy must be allowed to take a page from the Spanish playbook.”

© Photo : pixabay
New Debt Crisis Beckons for 'Unstable' German Banks as EU Faces Next Financial Meltdown
Renzi, who has stood up to the European Commission in the past over budget restrictions, is likely to choose to break the state-aid rules rather than risk a financial collapse and defeat in October’s constitutional reform referendum, it therefore suggests.

Italexit Not an Option: ‘Italy Unwilling to Break Away From EU’