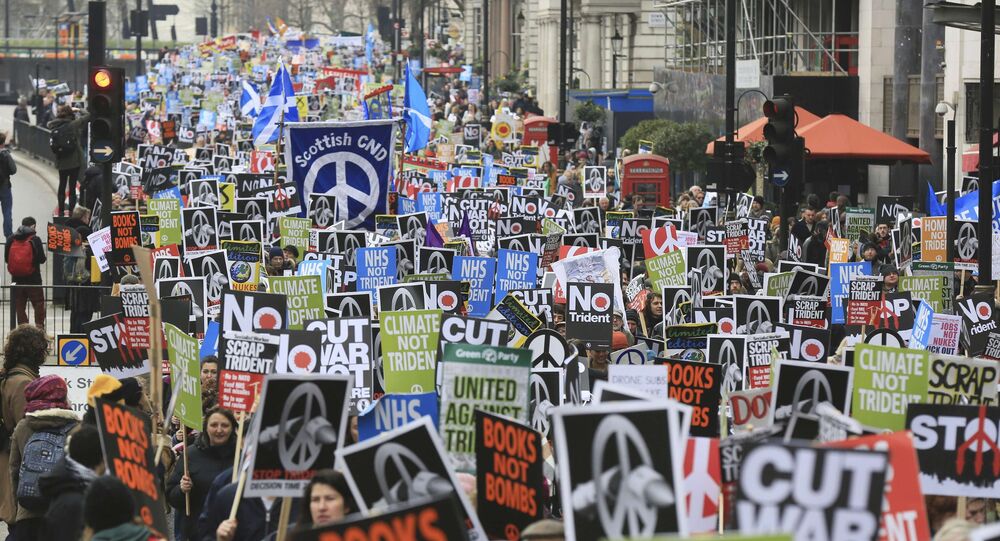 "Although decommissioning by an independent Scotland would be, in theory, an attractive way of disarming around 200 nuclear weapons, unfortunately it would be very difficult to achieve in practical terms," Burt said.

All but one of Scotland's 59 members in the UK House of Commons voted Monday against renewal of Trident. Despite that, UK lawmakers overwhelmingly backed the multi-billion-dollar system that is based on the west coast of Scotland.

This could push Scotland to vote against staying in the United Kingdom, the Scottish National Party (SNP)’s parliamentary leader in the Commons, Angus Robertson, warned after the nation was twice outvoted in the recent months.

SNP had called for the removal of Trident rather than decommissioning because it was aware that Scotland could not scrap the nukes safely, Burt suggested.

"The main difficulty is that Scotland does not have the facilities or expertise needed to decommission nuclear weapons safely. This work is currently done at the Atomic Weapons Establishment at Aldermaston in England," he said.

Burt ruled out commissioning this task to another nation. "The USA and France would not do so as the UK is their firm ally; passing the warheads on to Russia or China would be foolhardy, to say the least, in terms of international relations."

© Sputnik
Trident is About 'Boys Demonstrating How Boyish They Are' - UK Activists
Burt went on to say that ultimately he believed the SNP would take a pragmatic approach to Trident given the party's backing of NATO membership and its publicly stated objective of making a newly independent Scotland "a responsible nation."

"If an independent Scotland was to inherit nuclear weapons and become party to the secrets of nuclear weapons technology that it would obtain from dismantling Trident warheads, it would effectively become a nuclear-weapon state," Burt said.

"Yet there is no clear way for this to happen under the terms of the Non-Proliferation Treaty (NPT) and many other NPT states might frown on Scotland's position," he added.

The Trident nuclear deterrent is carried by four British submarines armed with eight missiles, each carrying 40 nuclear warheads. At least one British submarine is at sea continuously carrying the nuclear arsenal.

Trident is About 'Boys Demonstrating How Boyish They Are' - UK Activists